It may be known for applications that coordinate marketing, sales and service activities, but executives at HubSpot admit it is not unlike its own customers in occasionally struggling to provide seamless experiences.

Speaking in a breakout session at the virtual version of its annual Inbound customer event on Tuesday, HuSpot leaders provided a look back at how its customer success team and processes have evolved since 2006, when it first tried to start addressing questions or problems before customers came forward with them.

The Vancouver-based firm had set up its initial customer success team by 2015 when it had reached a milestone of some 15,000 customers, according to Irina Rosenblit, HubSpot’s director of partner success. The next year, however, HubSpot had expanded its portfolio with the launch of a product called Sales Hub, which meant serving a new kind of customer. This lead to the creation of a separate team to support those implementations, followed by another team that concentrated on renewals.

Eventually, however, there were possibly too many cooks in the kitchen from a customer experience perspective, Rosenblit suggested.

“We had added people to the puzzle but no one focused on how all these puzzle pieces fit together,” she said. “There were too many hand-offs, where customers were having to repeat themselves.” 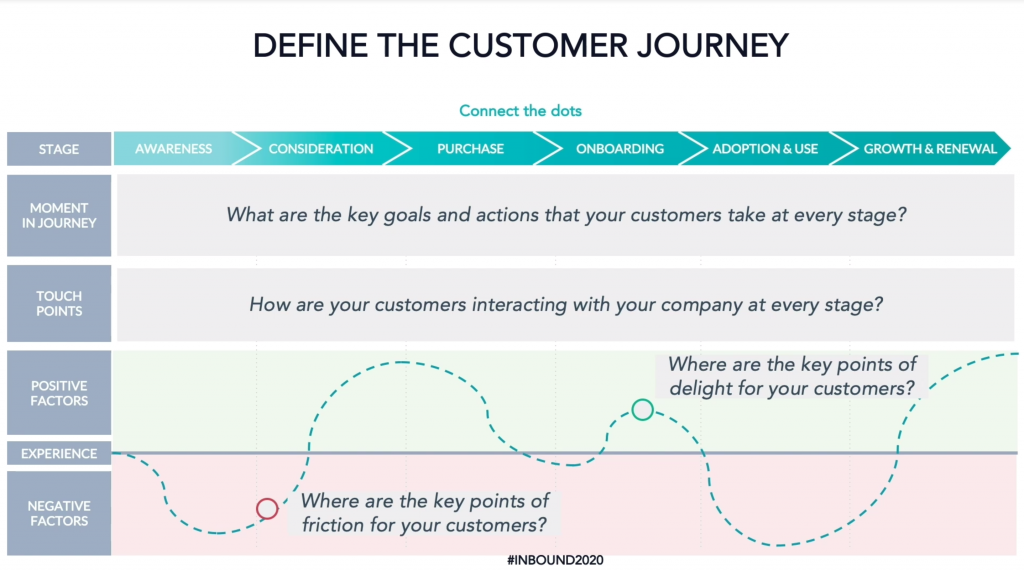 In fact, later in the session HubSpot vice-president of Customer Success and Global Strategy Jonathan Corbin showed a slide showing where customers might be dealing with an array of different experts. These included consultants, growth specialists and onboarding specialists in the pre-purchase and sales phase, followed by migrations specialists, customer success and support specialists as time went on.

This could only get aggravating when customers reached later stages of the journey where they were unsure of next steps, he said. 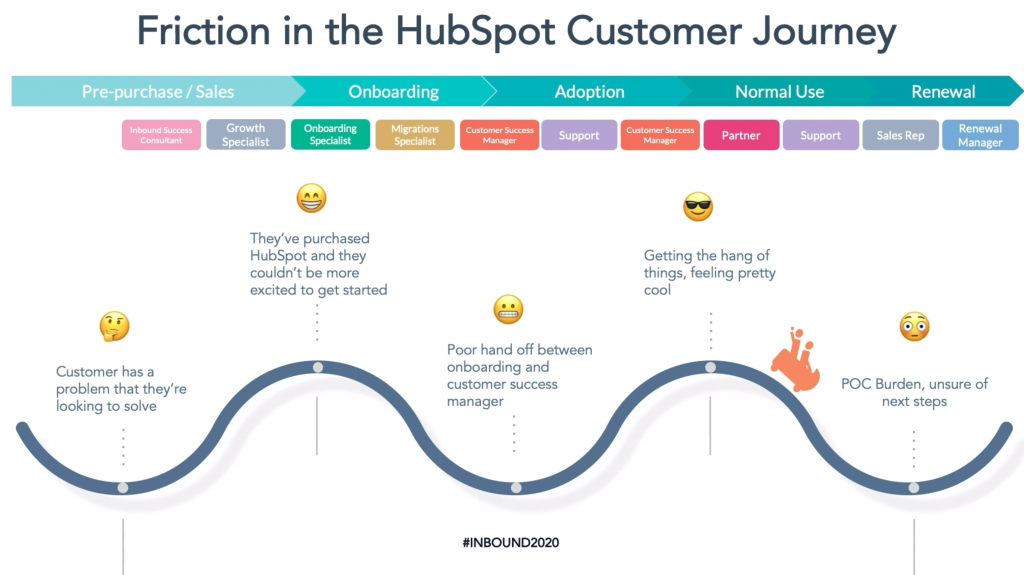 “We needed to be very prescriptive in identifying the ultimate end state and defining what best in class execution would look like,” he said. “That could only happen by creating clarify with our teams on who’s going to be responsible for what.”

HubSpot’s solution, Corbin said, was to centralize accountability down to just two roles. A sales rep would be the key point of contact for areas like marketing and onboarding, while a success rep would take over once a customer had fully signed on.

Real progress involved more than simply a reorg, however. Corbin said the company realized it needed to transcend its historical emphasis on “lagging indicators” like renewals and identify more meaningful signs that it was creating a better customer journey.

“If you’re familiar with the North Star, you’ll know it marks the way to the true North, which is why sailors who have gotten lost have used it for thousands of years,” he said. “We wanted to create our own series of North Star metrics that we could use consistently to provide visibility into how we’re performing and what we should be prioritizing.” 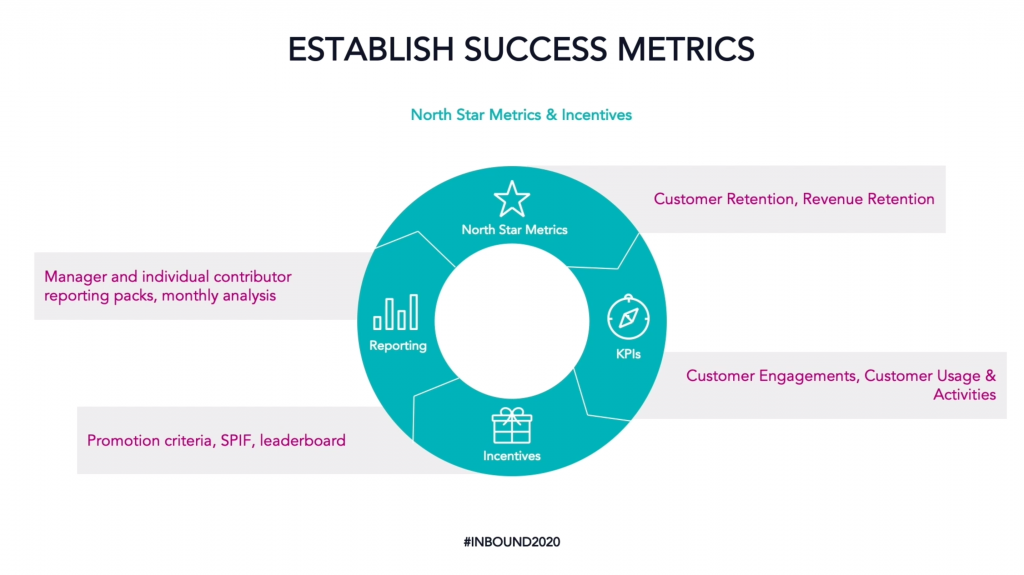 Corbin said some of the lessons learned in making the shift from customer success to true customer experience design included recognizing the level of ongoing effort required. He described repeatable processes where HubSpot team members are scheduling calls with customers proactively to ensure they’re meeting their demands, for instance.

Designing a method of engagement throughout a customer lifecycle also requires being granular in identifying common areas of failure, and ensuring the team is clear on the ultimate mission and vision.

“We needed to define the journey,” he said, “but it was also important to instil a sense of pride and ownership (among the team) and give them aspirations and make sure they’re achievable.”