Matt McConnell was recently talking to one of his customers, which he described as a large, well-known bank, about when — or whether — its service team will be coming back to its contact centre.

As the CEO of software provider Intradiem in Alpharetta, Georgia, McConnell and his team have been working with many organizations who have had to make the sudden shift from managing their entire customer service workforce within their own walls to a working-from-home modality.

In this case, the banking customer told him that while agents would eventually be returning, they would now be given the option of working from home once or twice a month. This is in contrast to the other two camps of customers, which McConnell says are either keeping 20 to 50 per cent of agents at home to those who will hire remote agents as a way to break through geographic barriers. 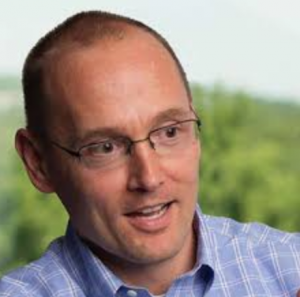 “Contact centres were one of the last bastions of micromanagement,” McConnell told 360 Magazine, citing concerns around data privacy laws and IT risk that had stymied work from home efforts for agents in the past.  “These boogeymen had been built up to suggest it could never work. They switched over very quickly, because the technology question had been answered.”

Intradiem’s software applications, for example, offer businesses running contact centres what McConnell describes as an “intelligent assistant” that can monitor all the statistics about agents that would be impossible for someone managing a dozen or more people at a time.

This includes an agent’s historical performance, their goals, schedules and assignments. He said Intradiem currently provides technology that manages more than 250,000 agents, processing more than 3,000 data points a second and making adjustments to business processes approximately 40 times a second.

Customer service executives have been signing on with Intradiem in part, McConnell said, because they are now confronting a new wave of challenges as they grow more accustomed to managing remote agents.

“They started to see a lot of their metrics drift (since the pandemic began),” McConnell said. “They’ve gained efficiency in the call centre, but hold times might thane gone up. Handle times for almost all customers went up. Customer satisfaction started to slip.”

As customers place greater demand on contact centres, McConnell said, organizations will have to realize that they need to make a choice between simply monitoring agent activity or focusing on what humans are innately good at, such as addressing the nuances of relationships between customers and agents.

“A machine can’t see the stress on somebody’s face. It can’t empathize when someone has a child care issue. It can’t offer effective coaching on how to deal with a difficult customer,” he said. “This was a fundamental problem that existed in centres before, and as work got transferred to home it got worse. It’s not that the people are bad managers, but they’ve been given an impossible task as it relates to do their jobs.”

The answer is not simply a matter of deploying technology, he adds, but thinking about what kinds of skills you’ll need to develop among managers and agents as they get accustomed to working remotely. Intradiem has already seen a surge in those seeking its training resources, he said.

“When you’re working from home as an agent, you’re not hearing your neighbour answer questions, where (learning how to provide great service) is almost like an osmosis thing. You don’t have that.”

While some have suggested organizations are emphasizing the quality of how service is provided, meanwhile, McConnell said Intradiem’s experience has been one where age-old priorities — such as call handling times — remain the same. He was also skeptical of the move towards self-service tools such as chatbots.

“Not only did call volume not go down, but it went up among our customers,” he said. “In some ways, it introduced issues customers might not have called about.”

Outside of customer service teams, McConnell said Intradiem is starting to see those with a background in marketing or data take on CX roles who become the company’s key stakeholders. Their objectives are not as management focused, he said, but equally action-oriented.

“Often times data people are digging into analytics and generating insights from that data,” he said. “The problem is it is so difficult for those CX teams to operationalize their insights. That’s where we want to help them figure out the next steps.”