Tucked away just off a main road at the end of a fairground complex, the OVO Practice Centre is best known as the place where the Toronto Raptors hone their skills and their ability to work together as a team. For a few days last month, however, the area just outside the OVO Practice Centre was home to a place where ServiceNow was offering a similar experience for its business customers. 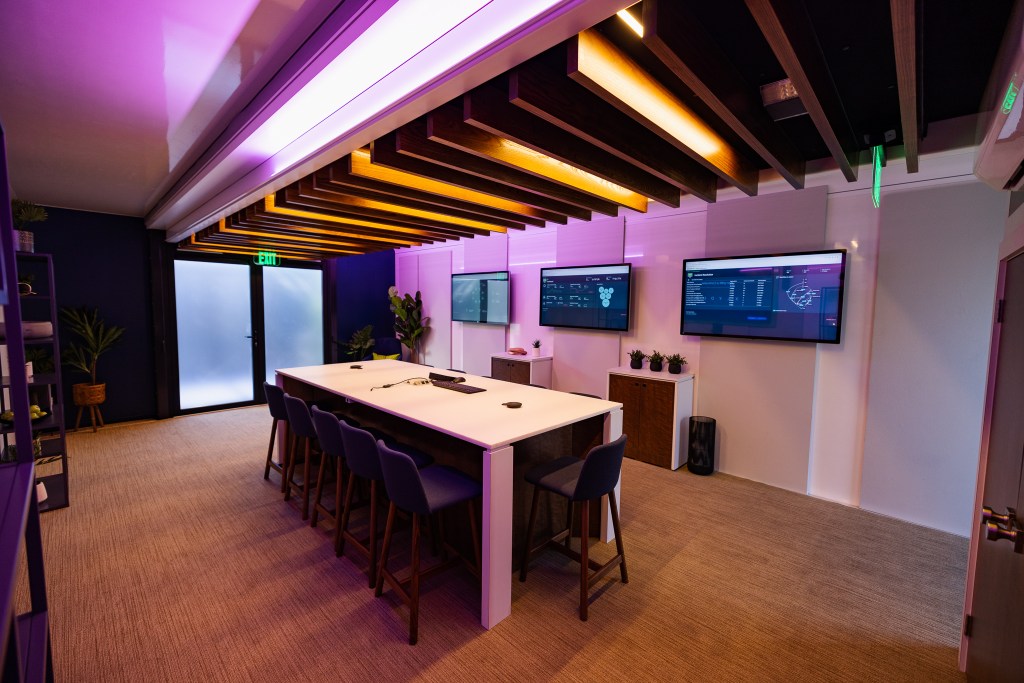 According to Jim Van Over, ServiceNow’s executive innovation strategist, Innovation Park allows the company to set up a private instance of its NOW platform, which is designed to digitize, connect and automate otherwise siloed processes. As more business leaders return to their offices, or simply re-engage with the world following pandemic lockdowns, he said the pop up-style experience is a way to demonstrate the art of the possible with ServiceNow technology.

“We can demo all day, we can show PowerPoints until you’re blue in the face, but there’s clearly a giant gap with that approach,” Van Over told 360 Magazine. “The real value is being able to see this up close, to literally feel it and touch it.”

Innovation Park attendees can do that via tablets that are provided them during the experience, which of which is set up with their profile and that of their company. Before that step, however, the ServiceNow team kicks things off with a sort of diagnostic assessment of potential challenges customers are likely facing.

Van Over provided an example based on 360 Magazine itself, identifying key objectives such as developing quality content, driving audience growth and more. The analysis is plotted and projected onto large onscreen displays within the containers. 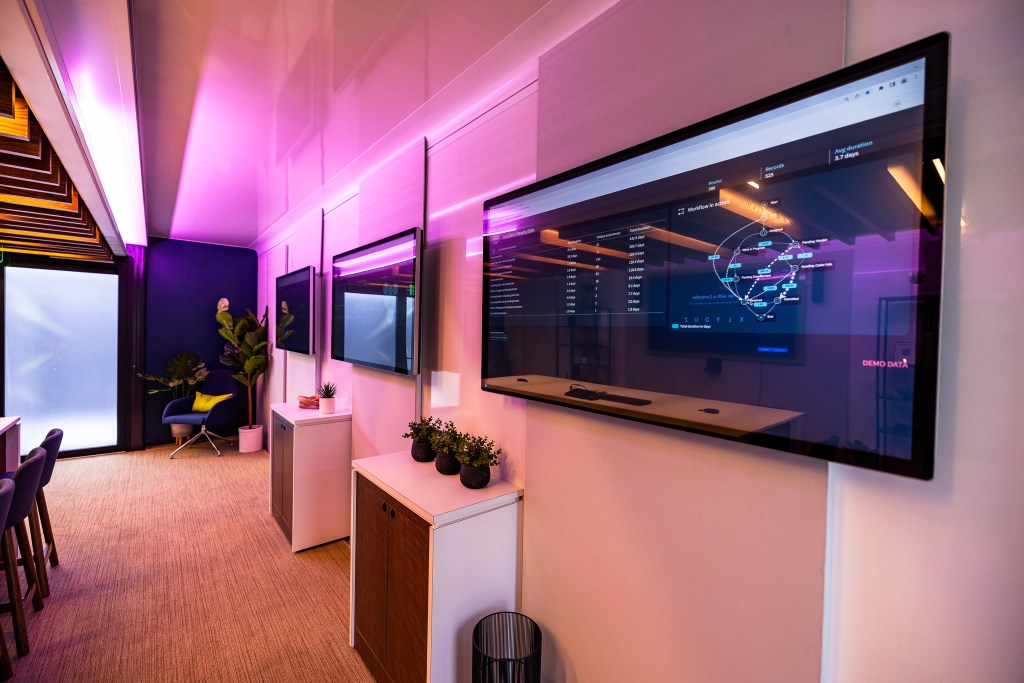 The Innovation Park experience is designed to be more than a generic walkthrough. Some of the personalization touches include a customers’ logo featured on the displays, as well as lighting and scents within the event space that match a customers’ brand identity. These are intended to serve as symbolic gestures of how the Now Platform can be custom fitted to a company’s unique needs, Van Over said.

Perhaps even more critical for enterprise decision-makers, Van Over and his team provide Innovation Park attendees with a look at how they could map processes across business functions and align them with their key performance indicators (KPIs). While many B2B platforms offer a dashboard of some kind, Van Over pointed out that they normally focus solely on the data managed by the vendor’s own applications. This one aims to provide visibility into a host of tools and their interdependencies.

“We believe that as every company becomes a digital company, IT is being reframed in terms of digital transformation,” Van Over said. “During the pandemic, though, what happened to a lot of companies was needing to deploy some kind of break-fix solution. Eighteen months later, and in some cases they’re encountering a mess, and rethinking the tools they choose and how they deploy them.”

This is where discussions within Innovation Park touch upon the challenges that are introduced by generational differences across the workforce. Van Over pointed to Gen Xers, for instance, who created “mixtapes” by capturing songs off the radio onto a tape recorder. That’s really an analog process, and he suggested much of what’s happening in the enterprise today is an attempt to put a digital gloss over other analog processes, rather than truly transform them. 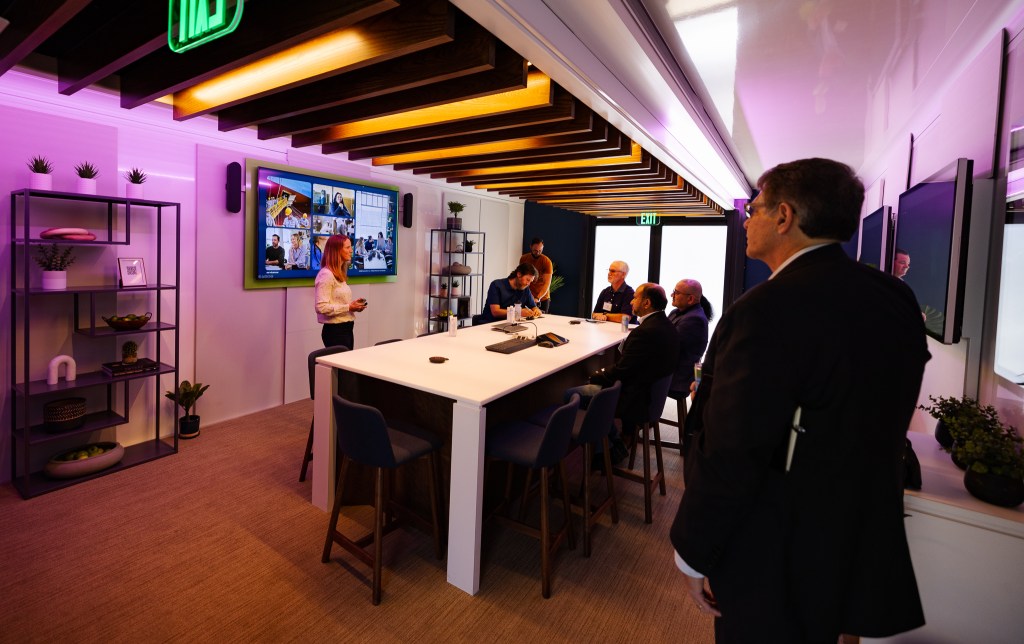 Much of the Innovation Park experience lets ServiceNow customers see how they can benefit from more streamlined workflows in common business scenarios. This includes how its platform can proactively help IT departments address software asset management issues such as a pending license expiry.

Other workflows Van Over demonstrated simplified the process of booking a desk or boardroom in an office. The application would recognize what fields in a form were missing, for instance, and makes requests on the user’s behalf rather than stopping in the middle of a process until they take action themselves.

“It can be as dynamic as you need it,” he said. “All you need to do is reject or approve (what the application suggests).”

ServiceNow only runs Innovation Park for approximately three days in a given location, and has already  travelled across 10 cities in North America this Spring. Van Over said the experience will likely hit the road again this coming fall.

“A lot of the innovations we’re developing are future-facing for most of our customers,” he said. “This is a way to get them closer to that future in a more one-on-one fashion.”

How Uber, Airbnb and DoorDash are evolving their customer experiences