When a company’s efforts to automate customer experience processes goes awry, James Isaacs has learned that the most likely questions senior leaders will ask. One is “why didn’t we catch this?” And depending on the answer, the other one will likely be, “How much testing did we do?”

As the president of Redwood City, Calif.-based Cyara, Isaacs and his team provide a platform, Cyara CX Assurance, designed to help prevent issues like calls that don’t route properly data that fails to travel across channels. However, given that many organizations start their automation journey on their own and with limited expertise, he has recognized the need to educate the market as well as offer products.

Late last month, for instance, Cyara launched what it calls its CX Test Automation Maturity Model, a survey-based tool that allows organizations to evaluate their capabilities based on industry best practices.

“As an organization we’ve always been a sort of evangelist for having a quality process across the software development lifecycle, especially around key customer support systems,” Issacs told 360 Magazine. “We purposely designed it to be something that – given everyone’s time pressures – they could take and get a diagnosis pretty quickly.”

Those who take the approximately 10-minute survey receive a detailed report. In a sample that was provided to 360 Magazine, the recipient had scored 43%, which was labelled as ‘developing’ in the maturity model.

More detailed results were plotted on a spider web-shaped graph that mapped their level of test automation against best-in-class organizations. Some of the areas studied included “leadership support,” “engaged teams” and the percentage of automation being tested. 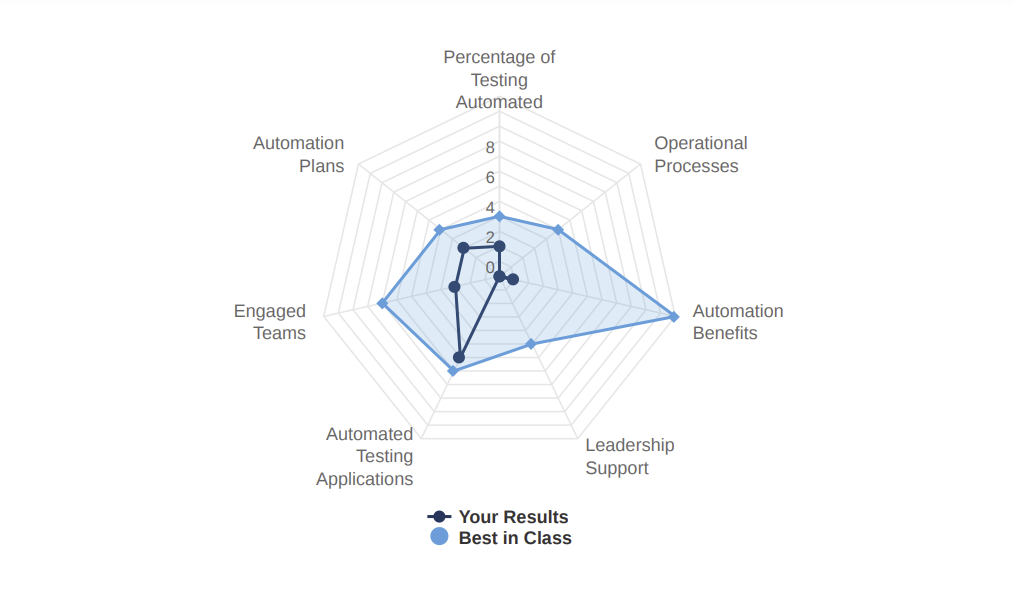 The sample report also offered guidelines for test cases were automation is useful and high-level recommendations before pointing them to Cyara for more assistance.

‘Customer crimes’ and how to combat them

Isaacs said organizations typically get more focused on test automation after CX defects have been exposed to customers, as well as when they are migrating significant areas of their IT to the cloud. Cyara has had about 400 surveys completed with the assessment tool so far, and Isaacs said the stakeholders can range widely from junior levels to higher-ups. Perhaps unsurprisingly, few are in the top level of test automation maturity so far.

“Somebody who’s answering this survey probably has a suspicion that there are things that they don’t know, which is a healthy thing, right?” he said. As a result, “(the scores are) skewing slightly lower in this first data set.”

Isaacs said data from the maturity model assessments are helping to inform the work of its expert services group, which can provide more comprehensive assistance with customers of the course of engagements that can last six months or more. More broadly, however, he said he hopes the assessment will be seen as less of a lead gen vehicle and more of a way to foster healthier conversations about the value of testing CX to fuel innovation.

“If you’re deploying a new IVR system or putting a chat bot on your web site, you want to be able to A/B test it or do enough regression testing so you can safely put it out there,” he said. “Automation is really about finding the problems before your customers do. If the defects don’t escape into production, that allows you to experiment a lot more quickly. And that leads to better CSAT.”

How TOMS ensured its new impact strategy was the right fit

The big CX decisions to make amid a recession