He created a metric that has become a staple of earnings reports and CX strategies around the world, but Fred Reichheld has decided to close a 10-year gap between books to help organizations use Net Promoter Score (NPS) as he originally intended.

A Fellow at Bain and founder of the management consulting firm’s loyalty practice, Reichheld took part in a virtual fireside chat earlier this month with Medallia CEO Leslie Stretch in which he gave a sneak peak of Winning on Purpose: The Unbeatable Strategy of Loving Customers.

The idea is to identify some of the brands which have demonstrated true customer-centricity while outlining 12 principles other CX leaders can use to reach their heights, Reichheld said.

Scheduled for release this fall by Harvard Business Review Press, Reichheld’s book is coming at a time when NPS has faced increased skepticism from a range of business leaders. This includes an article last year in the Wall Street Journal that critiqued the metric, and a session Qualtrics has scheduled next month with Bruce Tempkin on how to improve the use of NPS. 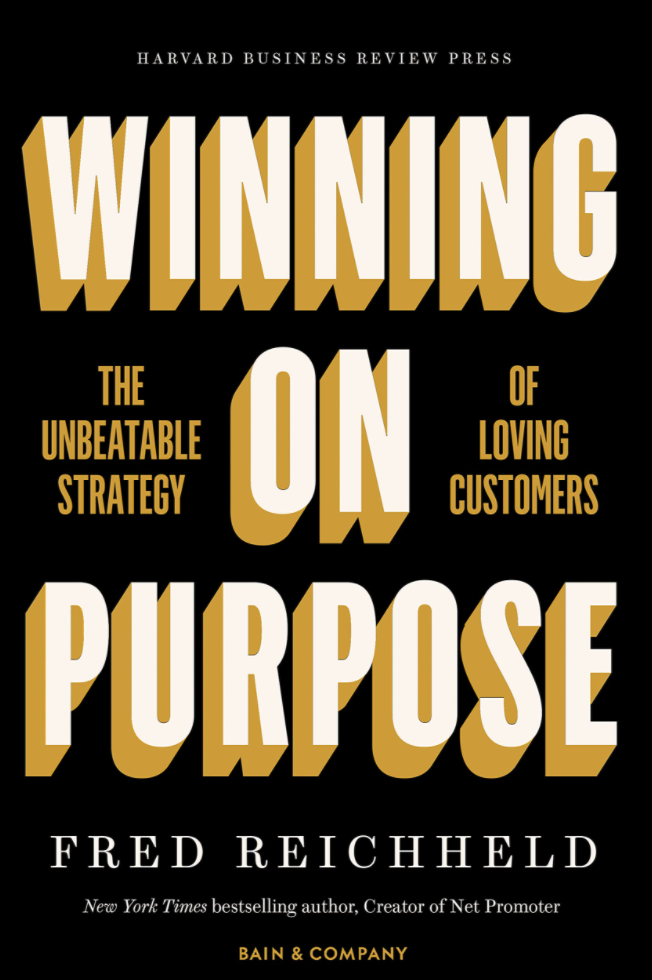 Reichheld told Stretch he is well aware of the conversations being had, and suggested it was more an issue of the way NPS is implemented. He pointed to firms that mix up transactional NPS (T-NPS) and relational, for example, and surveys with wildly different response rates and sampling technologies.

“I would say 95 per cent of the NPS I see in the world is very confusing,” he said.  “It’s going too far to say that it’s garbage, but what I see reported in public IPO statements and public 10Ks and annual reports is not trustworthy. It’s not up to the standard that accountants would, appropriately, demand.”

“Let’s be more clear about the taxonomy of a transaction score versus a product score versus a relationship,” he said, while also urging for quarterly, weekly or even daily data coming in. “If it’s once a year, it’s a health check. You ignore it.”

Bain has set the example in its own NPS, Reichheld said, correlating high scores with those who develop the best results to their investors. Then there is the anecdotal information: he mentioned a conversation with a former Bain colleague who now works at Peloton. The fitness equipment brand took feedback from its customer service staff to give its customers the ability to like a song played in its app and have it added to their Apple Music or Spotify playlists. It was a good reminder of how employees can play a direct role in turning NPS scores around.

“When the employees who worked the customer service department know they were heard and were responsible for changing the product, that’s a pretty powerful advantage,” he said.

Another story that made its way into the book focuses on Caliber Collision, an auto repair service that has grown from 200 to more than 2,500 locations. Reichheld was impressed by its success and called one of its customers for more feedback.

The customer, who worked in a cardiology unit at a hospital, told him how he had come to Caliber at a horrible point where he was grappling with COVID, going through a divorce in his personal life and now had to deal with a collision.

“His life was Hell. The way they treated him at Caliber changed his life,” Reichheld said. “He came in wearing his scrubs and they said, ‘Oh, you don’t have to pay the deductible. We have a special program where we’re covering that for frontline workers.’ He said it was one of these things that gave him energy.”

The points to the  real intent of NPS, according to Reichheld. The gaol should not be profit above all, but how companies can make their customers’ lives better. In fact, he said he originally considered calling the metric “Net Lives Enriched.”

“In most businesses (the approach is), ‘Be as nice to the customer as you can within the constant as long as we make our quarterly earnings target.’ And I think that’s backwards,” he said. “You have to know every day, how many were enriched, how many were diminished. That should be on the dashboard of every CEO’s cockpit.”