Younger decision-makers may be deep-sixing B2B purchases before brands even have a chance to try and win them over, according to research commissioned by Merkle.

In a study conducted by B2B International that gathered responses from 3,094 buyers, Merkle looked at where brands might be failing in providing the best customer experience. The study spanned four industries, including financial services, manufactured goods, professional services, and technology solutions.

Among the most notable findings was the increased — and often negative — influence on younger members of the buying committee in selecting and vetting vendors. A large majority of those in the Millennial or Gen Z category were ready to reject a brand before they had formally reached out. This was in comparison with 58 per cent of older respondents.

The younger cohort was also more stingy with Net Promoter Scores (NPS), with an average of 23+ for those 30 and under, the report said, describing those generations as “ruthless at key moments in the journey.” Overall, an analysis of NPS scores showed two thirds of B2B buyers had a negative customer experience, according to the report. Some of the problems could include lack of information, the clarity of the information or even interest from a vendor. 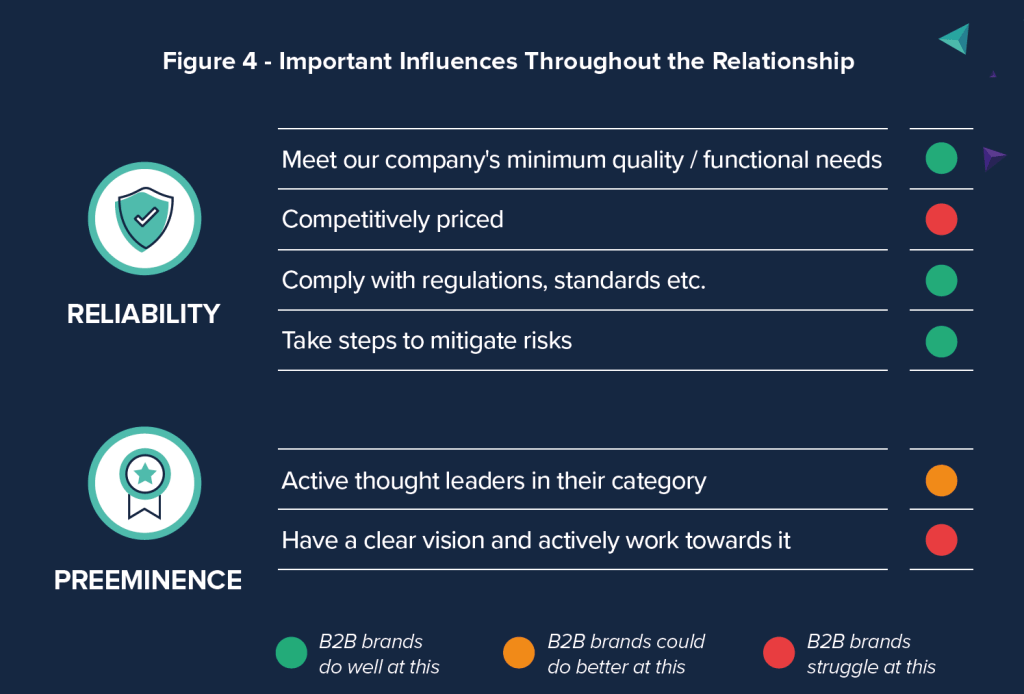 “Extraordinarily, it is large customers who feel most let down by B2B companies; over 35% of businesses employing 1,000 or more people state that making the final choice of B2B supplier is difficult,” the report’s authors wrote. ” A similar proportion see difficulty earlier in the decision-making process, when researching and developing a shortlist of suppliers. Like it or not, the onus is on us as B2B solution providers to help buyers through the decisionmaking process. The fact that they find the process troublesome is our problem.”

The Merkle-sponsored study tried to point to where B2B vendors should look to improve their CX by calling out what were described as four “super-powers.” These included demonstrating reliability, an understanding of business needs, “pre-eminence” in its field and a capacity for enriching the business relationship by anticipating needs or bringing some kind of extra value.

Most buyers I’ve interviewed (such as CIOs and CMOs) would probably call reliability and understanding as table stakes rather than super-powers, but the report certainly offers a reminder that many vendors need to spend more time doing their homework before making a pitch. Of course, they have to be invited or allowed to make a pitch first.

If you dig a bit deeper in the research you’ll see respondents said many B2B vendors struggled to be competitively priced. This is where firms might need to do more to educate the market about why they’re worth the money, particularly younger members of the buying committee who don’t have the knowledge or experience of the older cohort. This ties into another challenge buyers cited, which was B2B vendors having a clear vision and actively working towards it.

Perhaps a lot of this is a marketing issue, given that B2B brands tend to invest a lot more in service and customer success than their more consumer-oriented counterparts.