It may not be the way most companies would define their self-service offering, but the vast majority of consumers are turning to the world’s largest search engine at least half of the time when they need help with products and services, according to according to research published by NICE.

The Hoboken, N.J.-based provider of cloud CX applications commissioned a survey of 1,320 respondents, including 1,000 consumers and 320 senior decision makers, for its 2022 Digital-First Customer Experience Report. The business respondents all came from organizations with more than 1,000 service agents.

Part of the intention in the survey methodology was to show the disconnect between how businesses view CX vs. the public. For example, only 15 per cent of business respondents said they believed that Google is consumers’ first stop for customer service. While the 85 per cent figure represents how customers behave half the time, close to half, or 46 per cent, said searching for answers on Google is always the first thing they do.

Overall, 81 per cent of consumers say they want more self-service options from companies, and 34 per cent said they wish companies would make their self-service tools smarter. Businesses, meanwhile, admit they’re struggling with some of the emerging digital tools.

For example, 54 per cent of businesses say they aren’t satisfied with the quality of the experience they’re offering through chat, even though 47 per cent said chat is the channel where they’re planning significant expansion.  This was ahead of  website access (cited by 44 per cent), and search options (42 per cent).

On the consumer side, just over half, or 52 per cent, said they preferred chat over other channels. NICE pointed out, however, that only 31 per cent of firms offer chat as their primary self-service channel.

NICE has an obvious interest in promoting tools such as chat, but the research suggests CX leaders have other ideas.

While the company highlighted chat as a “top channel” for expansion, it actually fell far below a much more traditional one: 57 per cent said they would significantly expand their phone capabilities. 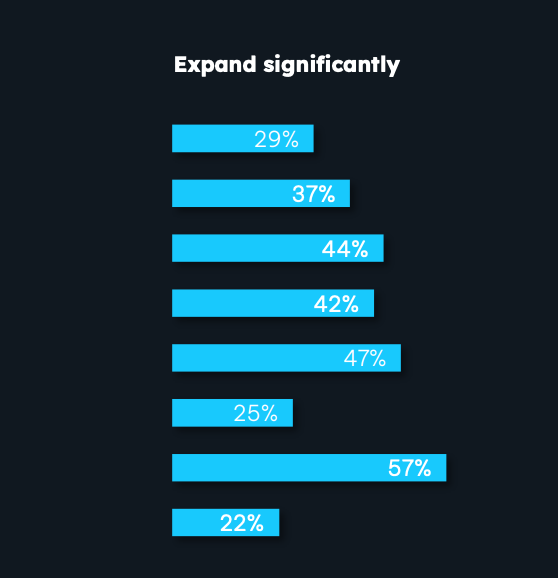 It’s not entirely clear whether this means staffing up their contact centers or investing in technologies like IVR, but the statistic reflects how many CX leaders want to build upon tried-and-true channels before tweaking their chat offering.

The finding about Google may also seem like common sense, but it also suggests another strategy CX leaders should consider: search engine optimization. By ensuring their FAQ pages, knowledge centres or even more interactive support hubs with chat are rank on the first page of Google results when consumers are looking for help, SEO may serve as the ultimate self-service tool.

The full report, which is gated, runs just under 40 pages and offers a lot more findings across both the consumer and business side, including some helpful breakdowns by geography.

72% of consumers want bots to recognize their emotions