SurveyMonkey on Tuesday announced its progress in weaving together technologies from acquisitions such as GetFeedback and Usabilla to offer a quick and easy-to-use platform for customer experience programs.

The combined product, dubbed GetFeedback by SurveyMonkey, Is designed to simplify the process of setting up surveys across touchpoints such as e-mail, chat and within apps. It also offers direct integration with commonly-used enterprise applications such as Salesforce, and communications tools such as Slack, to manage CX program activity, the company said.

Details around GetFeedback were unveiled as part of a virtual conference, the CX Impact Summit, which SurveyMonkey hosted alongside key customers and partners. Executives said that even prior to the acquisition, GetFeedback was already being used by brands such as Crocs, IBM and BMW.

“We wanted to offer an agile approach that enables CX leaders to delver meaningful experiences to increase customer loyalty, and that revolves around the business user,” SurveyMonkey VP of product Matthew Cordasco said. “No more heavy professional services involved.”

Cordasco showed a demo in which a fictitious CX leader named Kim used GetFeedback at her B2B SaaS company, Star Expense Software. The tool allowed her to select survey templates with questions to develop a Net Promoter Score (NPS) survey and pull in live customer data from Salesforce. This meant surveys could be highly personalized, he said, increasing the likelihood of a response. 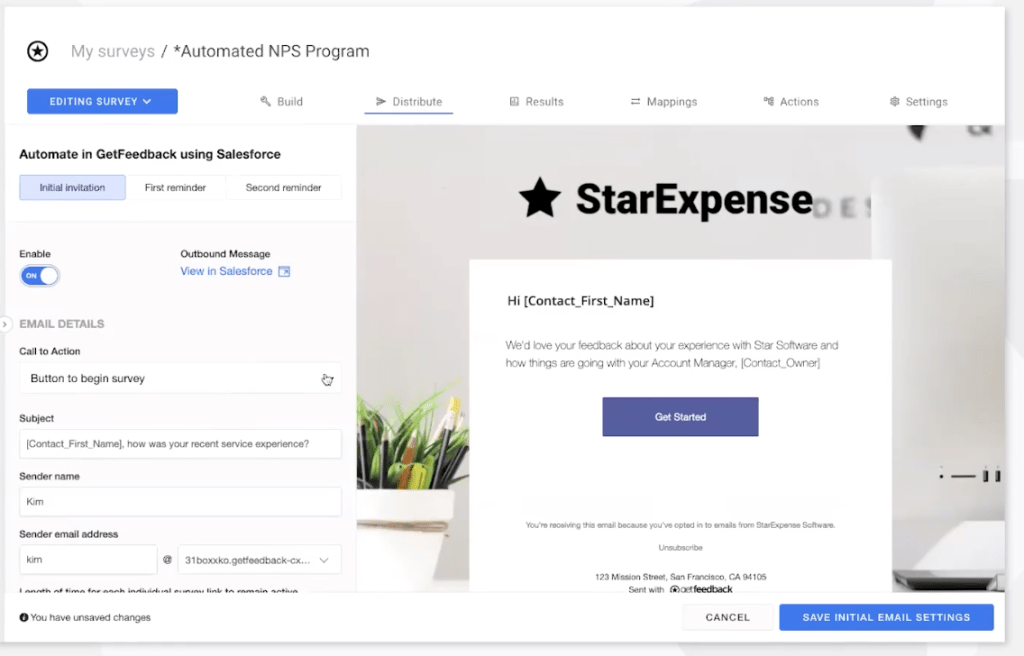 As data comes in, a CX pro like Kim could see dashboards that allowed her to segment data based on when the survey was taken, where a customer was in their particular journey with Star Expense and other custom variables such as Salesforce data. Other dashboards could feature specific customer service metrics, such as Customer Effort Scores (CES), Cordasco said.

The integration between GetFeedback and Salesforce is bi-directional, he added, which means action could be assigned to an account executive to reach out to a detractor. This could also be done by sending notifications in Slack. 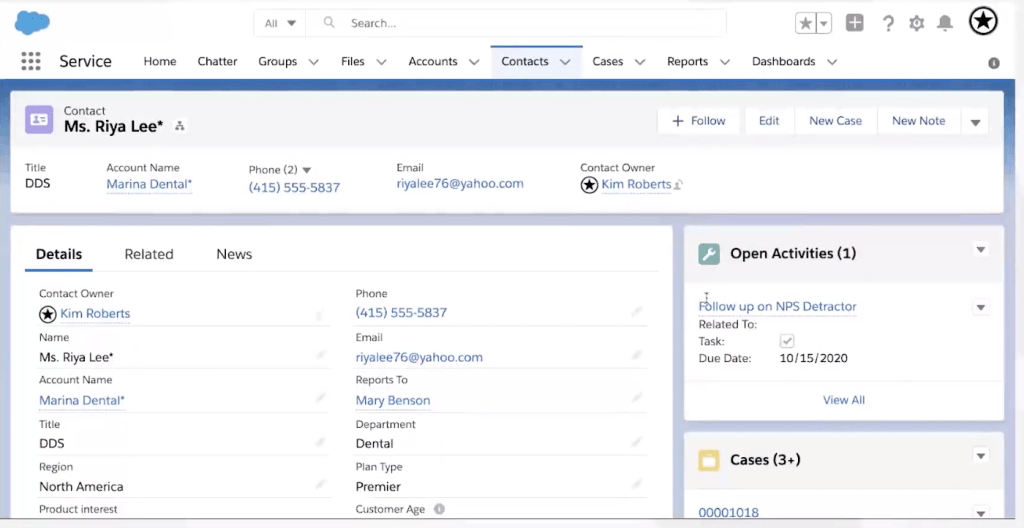 SurveyMonkey is bringing out GetFeedback just following its own research with more than 1,700 CX professionals, in which 54 per cent indicated that there has been an increased focus on CX programs from the C-suite since the pandemic began. Sixty per cent also said they have established additional customer touchpoints in the wake of COVID-19.

Organizationally, however, 62 per cent of C-level/presidents/owners say that there is significant collaboration across teams in regards to CX, compared to only 48 per cent of directors and 38 per cent of managers that agreed.

Where BRP And Yeti Use GetFeedback

Myshka Sansoin, manager of Customer Advocacy and Self-Service Activation at Bombardier Recreational Products (BRP), said GetFeedback has been used for transactional surveys that measure the quality of experiences with its rider customers who have purchased ski-doos or sea-doos through a dealership. The feedback is shared with dealers so they can close the loop with detractors and to improve their overall CX at the dealership.

GetFeedback is also also used in surveys delivered through BRP’s call centre, Sansoin said, the results of which are shared with team leads to coach agents and improve general processes.

“We’ve been positively impacted by the ‘staycation’ phenomenon that the pandemic brought on, where people are contacting our dealers more,” she said. “On the other side, we are reaching out more to customers because there are so many uncertainties, and we want to make sure we understand the needs and expectations of customers so we can prioritize support.”

The big CX decisions to make amid a recession

At Yeti, the Austin-based firm best known for its coolers, drinkware and other outdoor living products, GetFeedback is helping fine-tune the way the company asks for customer feedback, its director of CX Stephanie Stafford said.

“We had a three-star feedback scale. We realized this year that that does not allow us to truly benchmark with the kinds of industry leaders we’re evaluating ourselves against,” she said.

Yeti is now shifting to a five-star scale instead, where the SurveyMonkey tool’s integration with Salesforce will make it easier to apply CX learnings to cross-functional teams, Stafford said.

Sansoin suggested that technologies such as SurveyMonkey’s GetFeedback can be even more useful as CX programs mature. At BRP, for example, she said the company has spent the past year launching Voice of The Customer Governance, a four-level, cross-functional program designed to escalate pain points to the highest levels of the organization.

The program has already unearthed 50 CX topics that are unrelated to the firm’s products, she said. While 20 of these issues have been closed, 13 are currently being explored further.

“Before this, everything that was more (about) processes and just general customer pain points didn’t necessarily have a specific place to go,” she said. “The proof (it’s successful) is that now executives actually are reaching out to my team to get VOC data to take in and make decisions. Now people are pulling on the feedback, and it’s not just us pushing it.”

SurveyMonkey plans to continue developing features into GetFeedback, Cordasco said, including machine learning capabilities, and out of the box templates based on insights from its internal CX experts to help with things like post-purchase feedback, cart abandonment and product satisfaction.