Bad customer experiences are usually defined as the ones where a product doesn’t work as expected, the lineup to purchase takes forever or the company’s service agents are unfriendly.

David Spinks has another, critical pitfall to add to this list: when a customer shows up in any kind of community a brand has developed and thinks, “What on Earth am I doing here?”

As the vice-president of community at Bevy, a Palo Alto, Calif.-based maker of software for virtual events and related tools, Spinks works with companies on a highly specific area of customer experience design. By helping them build thriving online communities, the idea is to not only make customers feel satisfied, but essentially turn them into their best marketers, salespersons, service providers and evangelists.

“We have to stop thinking of communities as simply a support forum and something that can drive growth,” Spinks told 360 Magazine. “It’s why we’re seeing more companies have a dedicated community progressional whose full time job it is to lead that effort. Now we’re even beginning to see chief community officers. It’s an idea that’s capturing a lot of attention.”

Spinks hopes to harness that attention and channel it into adopting the best practices he has learned through “The Business of Belonging,” his book published by Wiley earlier this month. 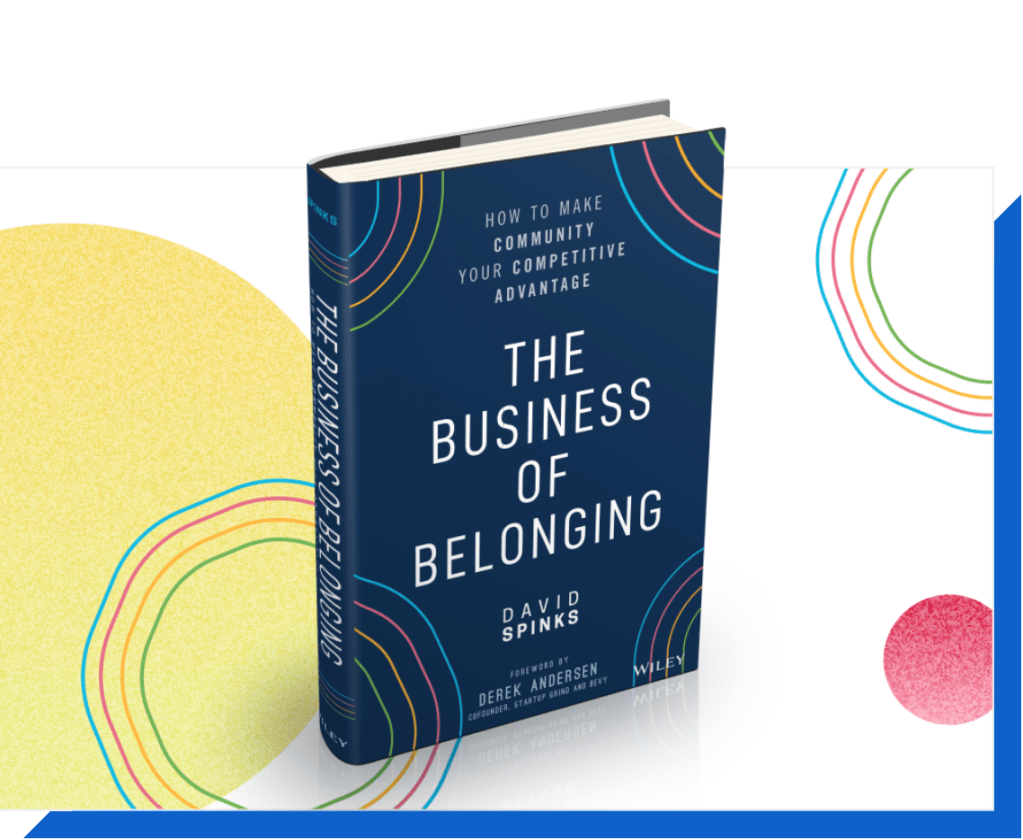 The book includes a step-by-step model for strategically planning, creating, facilitating, and measuring communities that drive business growth. Spinks proposes a model called SPACES, for example, to consider the six key drivers of community business value that could inform the optimal strategy. These are Support, Product, Acquisition, Contribution, Engagement, and Success.

Well-known brands with established communities include Apple, whose forums, Spinks pointed out, have become a key plank in its support experience. That’s not the only stage in the journey brands should consider, however.

“You can start to engage people way before they become a customer,” he said. “(Developing a community) becomes part of a brand’s larger identity of focusing on the people they want to serve, rather than just training them on your product. The community can exist even though your product may not exist yet, or is not that good.”

In other cases, a community can become almost like a way of onboarding and upskilling customers at a peer level. He pointed to Notion, a digital workspace whose Norton Pro community has self-organized a group on Reddit to share some of the best templates members have created.

How to help communities thrive

Spinks came to Bevy as part of the acquisition of CMX, the world’s largest community-focused networking company, in 2019. Among his lessons learned is the fact that a feeling of belonging doesn’t always translate into high levels of participation in a community. Instead, he suggested brands learn to identify the small percentage of members who will likely drive the majority of engagement — and learn how to get out of their way.

“Usually it’s not that hard (to find them). They’re often already organically showing you they’re ready to play a large role,” he said. The trouble arises when those power users want to start their own Facebook group or an event, only to be discouraged by the brand they’ve been supporting. “I think that’s a really bad approach,” Spinks said.

Instead, he pointed to the company behind the TED conference, which requires people who want to hold a local TEDx event to become a licensed organizer and follow a detailed guide on how to set up a stage, get sponsors and work with speakers.

65% of consumers cite safety protocols as a loyalty driver, with ‘scheduling’ close behind

“It’s up to you about the level of autonomy you want to offer,” he said. “But to some extent there should always be a playbook what spells out what are the non-negotiables  are,  and where are the areas where you can have more leeway.”

The potential for fostering belonging through communities is not limited to the high-tech space. Spinks has followed the way retail trading app Public has taken a highly community-driven approach compared to Robin Hood, which was criticized for the way it treated customers amid the Gamestop controversy.

“Imagine if finance companies and banks, which are traditionally seen as opaque, really lean into being transparent through communities,” he said. “People have gotten so tired of these big organizations not teaching them how to be successful.”

The role of technology platforms such as Bevy is in helping manage processes — such as managing 100 local chapters of a user group — that might otherwise default to manual tools like a spreadsheet.

Spinks believes there will also be innovative interfaces within popular apps such as Slack or even TikTok and Clubhouse that will make it easier to make people feel they belong to a brand’s community.

“There’s a renaissance of community tools happening,” he said. “I feel like I’m learning about a new one every day.”