It may be some time until sports and entertainment venues can squeeze in as many fans as they had before COVID-19, but Twickenham Stadium is among those looking at in-seat services as a way to manage the transition while maximizing revenues.

Speaking during a session at Leaders in Sport’s online forum, LeadersWeek.direct, Twickenham Experience managing director Nils Braude talked about the venue’s partnership with SeatServe, a New York-based provider of software to safely deliver fans their food, drinks, and merchandise straight to their seats.

The company describes its app as a sort of mobile point of sale (POS) system to take orders and manage fulfillment among a food and beverage team. 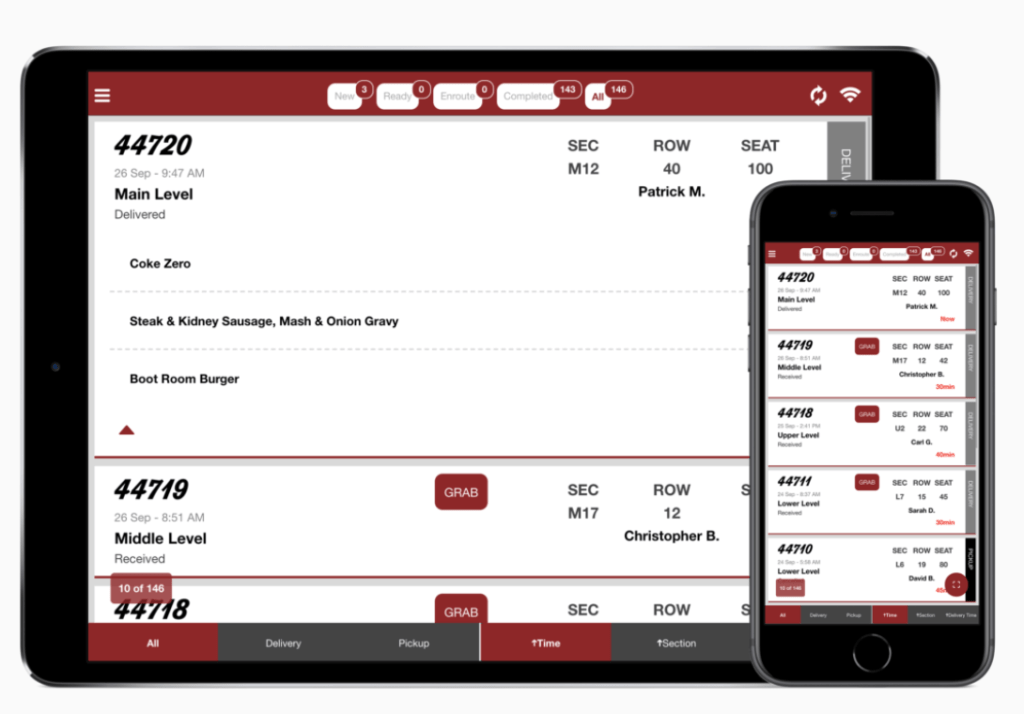 Braude said that Twickenham Stadium, which serves as the home of England Rugby, recognizes that increased concerns around crowd management and hygiene require having a plan well ahead of major reopenings.

“We want to give some kind of confidence to the market,” he said.  “In reduced capacities, there’s plenty of space to move around. Using an in-seat delivery will give that confidence and reduce congestion in the concourse.”

Patrick McMeekin, SeatServe’s exclusive licensee for the UK & Ireland, suggested in-seat experiences need to consider not just the technology requirements but the norms of fan behaviour, and how to adapt accordingly.

“Everybody wants do the same thing at the same time. I want to have a drink at kick-off and I want a drink at half-time,” he said. “What we’re trying to do is manage that demand better to match the available capacity.”

Besides sports, in-seat experiences are being evaluated by those running concerts, movie theatres and other large arts events alongside click-and-collect strategies. McMeekin argued the latter won’t be the norm because it requires a separate area to be “siphoned off” at a concession stand and isn’t scaleable when demand peaks.

“It’s not compelling because it doesn’t change the way fans behave,” he said. “Unless you’re a massive venue with tiny concourses, it’s impossible.”

Instead, SeatServe can allow fans to order what they want by integrating with one existing venue or sports team’s app, or simply by scanning a QR code that’s fixed to their seat and checking out with tools like Apple Pay within 30 seconds. On the back end, food and beverage teams can manage the flow or orders by having them dispatched to the closest group of waitstaff.

“Scale is our friend here,” he said.

Depending on the length of the delivery window and where your service areas are, in-seat experience offer an opportunity to increase in revenue and cost per labour overall, Braude said. “A lot of stadiums have downtimes where staff are doing very little,” he pointed out. To avoid offering food and beverage meanwhile, is probably a non-starter for most sports and entertainment venues.  “The last thing we want is have people change their purchasing habits and come to a stadium later.”

McMeekin said SeatServe is also seeing some clients identify ways to create a premium experience for VIP members, such as offering specific promotions or benefits to season ticket holders. In other cases venues could even get away with charging a delivery fee to get items to a fan’s seat sooner.

Of course, beyond merely taking and fulfilling orders, in-seat experiences could also be a way to get a better sense of fan habits and preferences over time. This will increase the propensity to improve the ordering of food and beverage supplies and make more targeted offers to fans. Even the communication processes around sending a receipt could be better used.

“It’s not a data grab situation. It’s a web site you’re accessing. You can ask them opt in to your marketing,” Braude added. “It’s feeding intelligence into the business, and keeping on top of fan behaviour is key.”

‘Customer crimes’ and how to combat them

One nation, under CX: What Biden’s executive order means for the future of citizen experiences

How self-driving vehicles could reroute the customer journey