Between 20 and 33 per cent of consumers describe digital customer service options as needing improvement or downright “horrible,” based on a recent report published by Airkit.

The Palo Alto, Calif.-based firm, which provides drag-and-drop templates to digitize customer experiences, surveyed more than 1,000 people between May and July for its study, titled the 2021 State of Digital Customer Experience Report.

Despite the majority of consumers showing dissatisfaction with many brands’ digital experiences, the study suggested they are looking for even more.

Nearly a quarter, for example, or 23 per cent, said they expected additional options to interact digitally with companies in the retail and grocery sector within the coming year. This is building off of more than 27 per cent of respondents saying they increased their use of digital channels in these categories in response to the COVID-19 pandemic.

Though 32 per cent of those surveyed said they would leave a brand after one bad experience, the risk was even higher in other segments. Forty per cent described themselves as “likely” or “very likely” to switch cell phone, cable, utility, or insurance companies for better digital CX.

Perhaps not surprisingly, the most-cited reason for reaching out to customer service teams was to find out the status of an order, mentioned by 45 per cent of those surveyed. This was followed by requests for refunds and subscription cancellations. 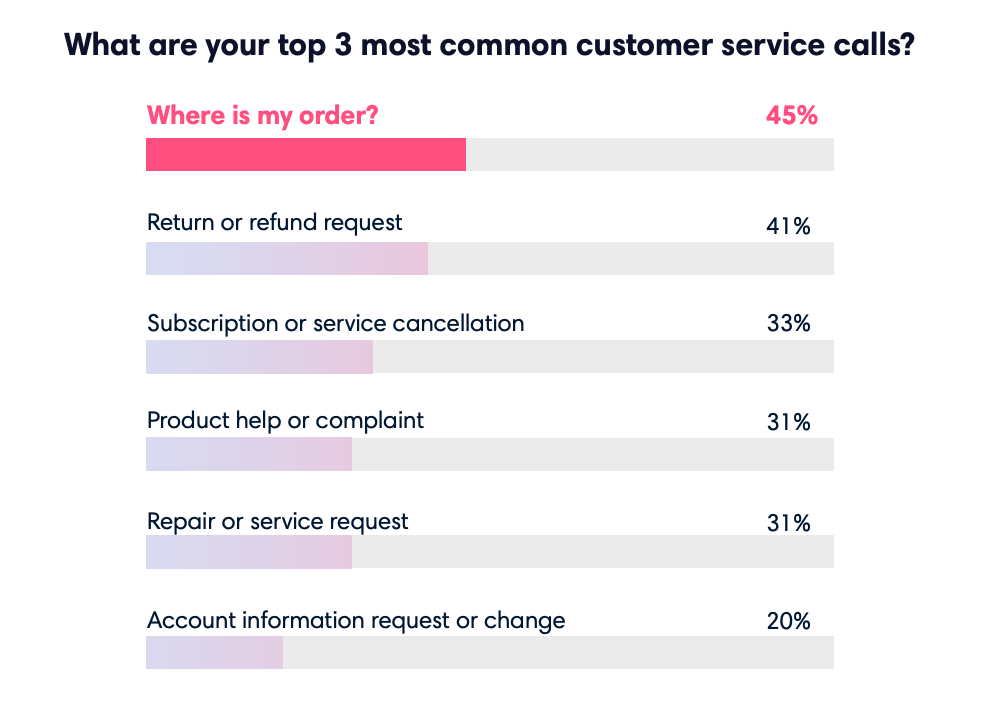 The Airkit research also reinforced another truism about what often leads to declines in customer satisfaction (CSAT) scores and related metrics: a feeling of disconnect as people move from one channel to another. The survey showed consumers tend to use three on average, including the phone, chat or web site inquiries.

“Adding support for these channels is a great start. However, it doesn’t address a common pain point customers face — silos,” the report’s authors wrote. “The most common customer complaint in regards to contacting service was that their conversations across various channels were not connected. Customers became frustrated with having to repeatedly re-identify themselves on each channel of engagement.”

Although the data featured in Airkit’s research probably won’t shock a lot of CX or customer service professionals, it offers a good reminder that simply establishing a presence within a digital channel isn’t enough to create a great experience.

In one of the report’s sidebars, the company said its platform can allow companies to connect customers to back end systems like a CRM so that they could get order status information sent via an SMS with a link rather than making a call to a contact center.  While many organizations have talked about how they accelerated their digital transformation amid the pandemic, this is an example of where transformation may have overlooked how digital customer journeys should be orchestrated.