John Barnes never knows what people are going to ask.

In some cases, they want him to talk about his days as a professional European football player with Liverpool. At other times they want him to do a bit of a rap song. Whatever the request, he aims to respond in as personal a way as a short-form video message will allow.

Barnes is among the celebrities who are using an app from Stockholm, Sweden-based startup Memmo to form a closer connection with their fans — and, according to its co-founder and CEO, to provide a way to extend the experience outside of the venues where they normally work.

Speaking in a session during this week’s Collision conference, Memmo’s Gustav Lundberg Toresson said the creators using its platform can charge whatever they want to offer a message. This can be based on the demand they want to generate or the value they think fans are getting for their efforts, he said.

“We wanted to create this place where you could connect one to one,” he said. All other platforms, like Instagram, are tools where you’re only able to connect one to thousands, or one to hundreds of thousands.” 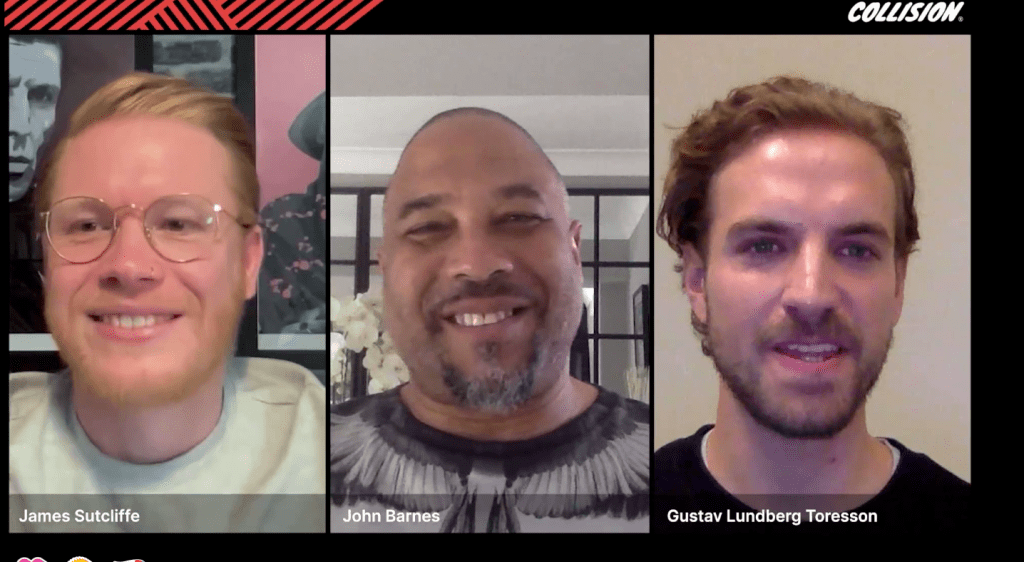 Beyond athletes, Memmo is also connecting fans to actors, musicians, comedians and YouTubers, Lundberg Toresson. The level of your fame doesn’t really matter, so much as whether those following you are willing to pay for the experience of receiving a video.

Like Cameo, which is more focused on the U.S. market, Memmo is offering brands and creators a way to think about building their relationships with customers while the pandemic forces them to stay relatively isolated.

For Barnes, part of the appeal is in how Memmo preps creators and celebrities to enhance the experience they bring to a video message.

“They give you a bit of biography of the person you send it to,” he said. “It’s not a script that you have to learn. It’s right on the camera in from of you. You ad lib, and you get on with it.”

The biographical data often comes from a friend or family member of the recipient, Barnes added, and the best fan experience is one where the celebrity is able to inject some humour. He said he’s made gentle jabs at recipient’s appearance or personal habits, rather than a dry, straight-faced happy birthday greeting.

Though he didn’t describe it as such, Lundberg Toresson said Memmo is offering a CX benefit to gatekeepers and others who surround a famous celebrity.

“It’s very different defendant on the space. Mostly we were working directly with talent but then we realized early on we were helping the agents and managers with some of their work,” he said. “They get so many of these e-mails and outreaches. We took that off their shoulders.”

At a time when many brands are struggling to scale digital experiences and make them as powerful as in-person events — whether it’s conferences, sports tournaments or theatre productions — services like Memmo could be an additional way to thank clients or reward VIP customers.

“There are not many fun digital gifts you can give to people,” Lundberg Toresson said. “This is a real message which is heartfelt, genuine and personal for you.”

Leaders from the Golden Knights, the 76ers and ESPN give play-by-plays of how they win with CX