For Neil Gardner, the watershed moment in his firm’s customer experience journey came in November of 2018, during Generali’s annual investor day.

It was the first time, according to the chief customer officer for the insurance giant’s Asia region, that the word “customer” was not only part of the slide deck, but that the critical role of their experience got “serious airplay” from the group CEO.

To be clear, it’s not like Generali —which spans eight markets in Asia with more than seven million customers — would be where it is today without treating customers well. The difference was in how a corporate strategy dubbed “Simpler, Smarter, Faster,” was being reimagined and communicated to the rest of the world.

“Although it was very relevant for where we were at the time in our business cycle — where we were focused on cost efficiency, how well we were doing internally, it lacked an external view,” Gardner said in the opening session of the CX APAC Online 2021 virtual summit on Tuesday.

“We needed to add some empathy, some care to what we were doing as an organization.”

This was a bigger challenge than you might imagine, given that Generali has always operated as a decentralized corporate culture, with a strong emphasis on local market representation and ownership.

A more empathic CX strategy would require not only changing behaviours, but developing consistent messaging that could be applied in multiple geographies.

What helps, Gardner suggested, was the support in creating his role, which is recognized as a combination of chief marketing and operating officer. With more than 25 years in financial services marketing and degrees in mathematics and computer science, Gardner brings an unusually diverse skill set to his work.

Like many CX leaders, Gardner stressed the importance of considering the impact of employee experience on how customers are treated. However he also suggested thinking even more broadly, including prospects as “future customers” who need to believe in the experience they expect a brand to deliver.

The first step was developing a variation on Net Promoter Score (NPS), which Generali simply calls “relationship NPS,” or R-NPS. This is measured by conducting a double-blind survey on a quarterly basis, the results of which are reported across the company and which now inform of all its senior leaders’ goals, Gardner said.

“It means we’re being measured against the market,” he said. “With T-NPS (transactional NPS) we could learn how great we are at claims, but not vs. our competitors.” 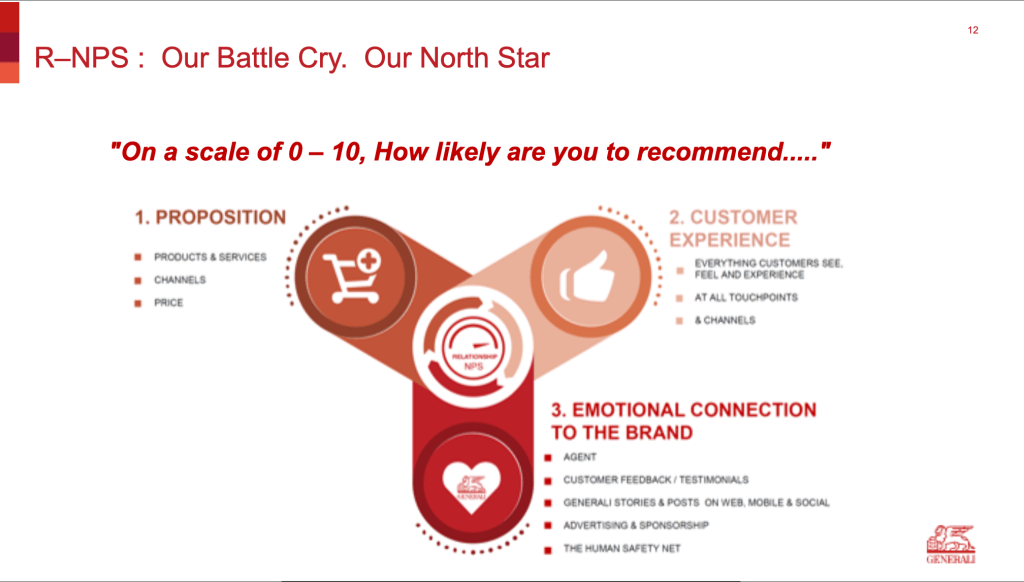 In fact, Generali has set a goal for itself to be the leader in R-NPS among its international peers by the end of this year.

The next step was looking at how employees were working (or not) in a way that customers would feel they are not just dealing with an insurance company offering products but a “lifetime partner,” which was how Generali was now positioning itself.

“Asking people to be good at 10 things is probably too much,” he admitted. Instead, staff are now asked to focus on only four. Two of them, such as “Simplification” and “Innovation,” carried over from its previous approach. The others — “Ownership” and “Empathy” — directly addressed behaviours that could change how customers feel. 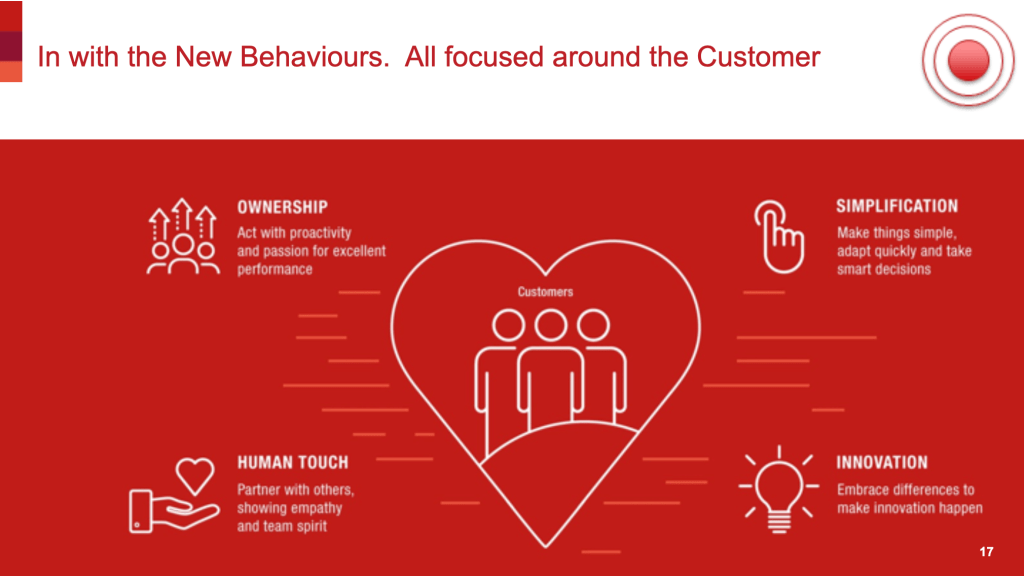 The only way to be sure customers are having the right experience of course, is to have permanent feedback loops in place. Generali works with Medallia to assist in this process, but Gardner said the company does more than listen. Every detractor gets a personal call from an employee to get more detail on where the firm could improve.

“The challenge is globally when you look at all your pain points and you’re looking to build (solutions), it’s hard to manage that in a top-down way,” he said. “You could have 1,000 different pain points.”

Generali has given its team a way to identify and prioritize what’s important by creating what Gardner called “Hallmarks.” These are essentially four common themes about the experience of customers, and another four related to the experience of its agents. As CX gaps are exposed, in other words, they can be filtered into one of the Hallmark themes and the local organization can allocate resources accordingly. 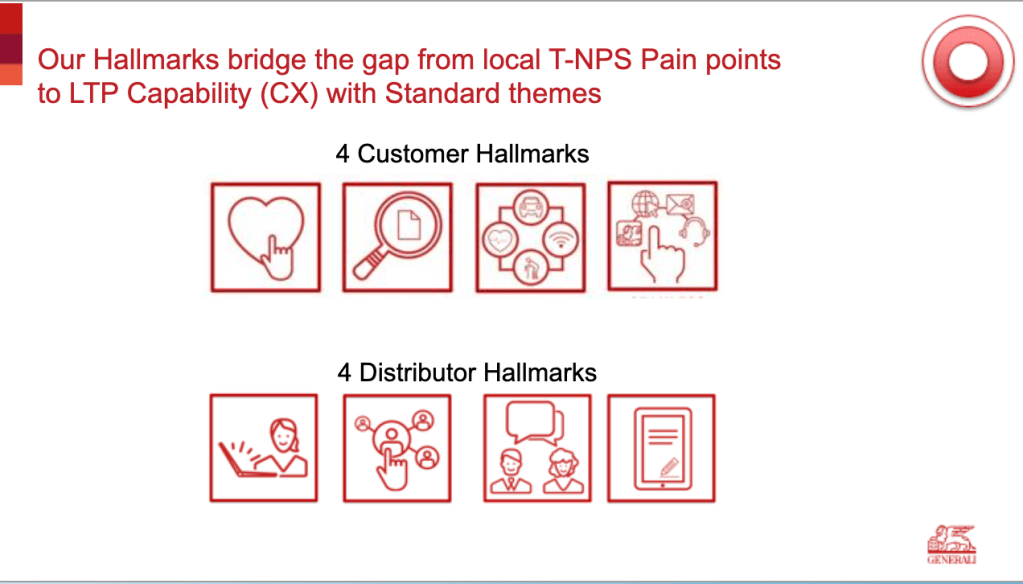 “It’s nice to set the boundaries of the organization and where we want to play, but also to allow the local markets to take that and drive what they feel is the right strategy for them, as opposed to a set strategy,” he said.

The third plank in the strategy was ensuring better alignment between the marketing Generali does and the CX it delivers. Besides centralizing the production of ads and other content to three hubs, Generali has created a single global tagline — “We’re all about YOU” — moved from multiple local agencies to partnering with Dentsu on all creative and media, developed a global funding pool and reusable assets.

There was also the development of a brand manifesto, dubbed “RED,” which gets specific about the customer-centric philosophy that is literally the heart of Generali today. That said, local markets can still tweak the way the story, Gardner said. 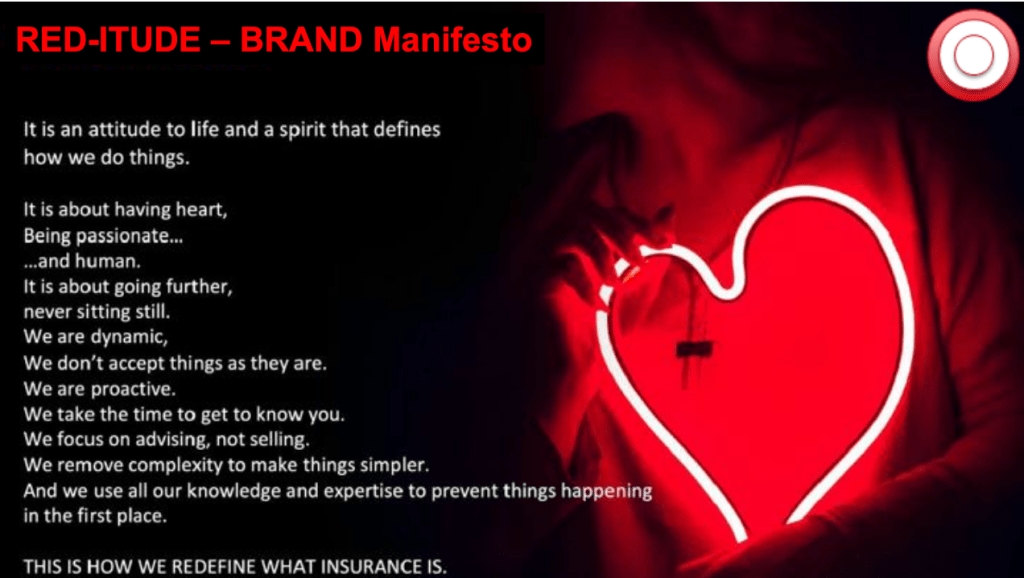 “You don’t have a physical insurance product — we’re selling peace of mind, or a safety net,” he said. “The story you tell is more important in insurance, but it has to have consistency in order to leverage the value from it.”

Although COVID-19 got in the way of the face-to-face experiential training Generali wanted to offer employees, Gardner said the company was already making good progress on its goal. It has already overtaken one of its competitor on R-NPS, and is narrowing the gap with the market leader.

“The execution timelines for all these areas is not synchronized,” he said. “And this is part of a three-year plan. But even if we reach our goal by the end of this year, this journey will continue.”