One of the cliches of living through the pandemic is that we’re all in the same boat, but Row House may be the only brand to show what it looks like when everyone literally pulls together.

Born in the Columbus Circle Neighborhood of New York City six years ago, Row House  boasts 250 locations that are either running or are slated to open throughout the United States and Canada.

The idea behind Row Fitness is simple, but the experience is designed to be both intimate and engaging.

According to Taylor Whisenand, Row House’s CMO, those who become members can typically expect to walk into a studio with 25 rowing machines that may be 1200 by 1500 square feet. That means even before the age of social distancing, those rowing were at least four feet apart. The studio is dark, with black walls that are bathed in red and blue lights, and there is often some kind of water element to soften the atmosphere as members are exercising.

“It’s almost like a nightclub kind of vibe,” Whisenand told 360 Magazine. “The music’s going and you start getting to this point where everyone’s going at the same time and it’s really rhythmic.” 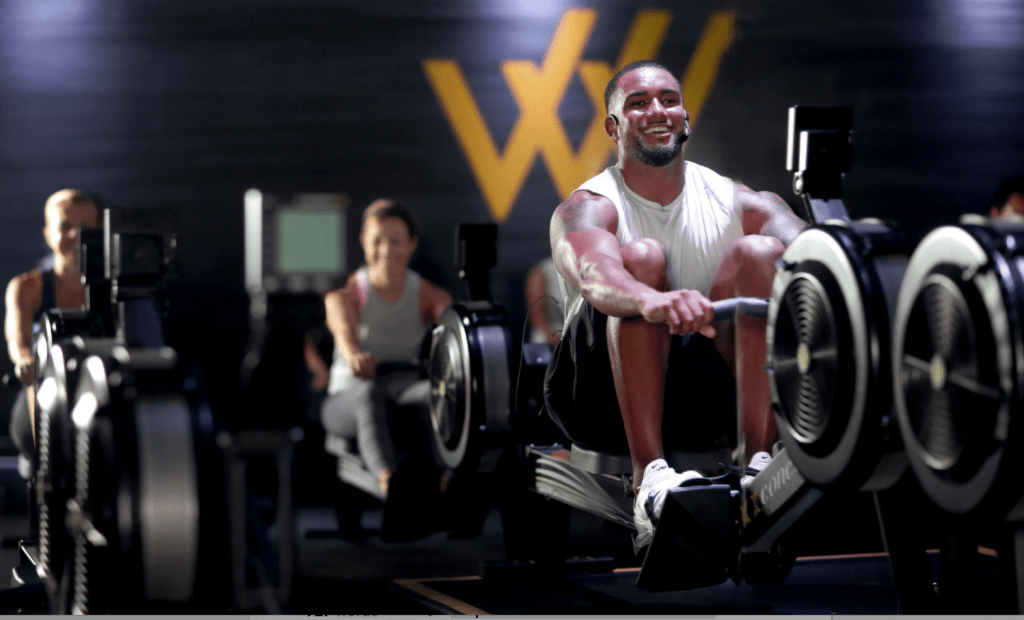 Although this may sound like a more traditional spin class, Row House also makes strategic use of data, called Row Stats, which are displayed on an overhead screen. These aren’t stats but an individual rower but the entire room, which helps cultivate the sort of team spirit you’d expect from a rowing crew.

“As a coach you’re encouraging the room to beat the next split time,” he said. “There’s more camaraderie than a traditional gym where you’re just comparing yourself to the person working out next to you.”

When COVID-19 forced fitness facilities around the world to shut their doors, Row House had to pivot quickly to something that would work outside. 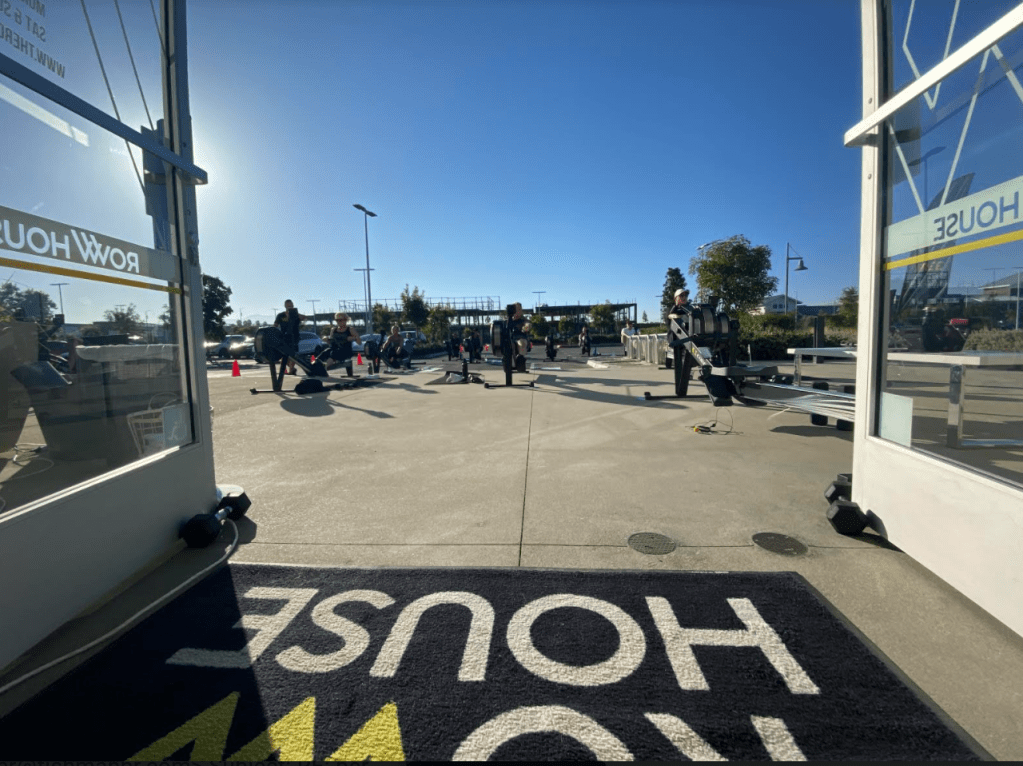 Instead of a poorer experience, in other words, Row House aimed to offer a different experience, and the nature of the franchise operation has allowed it to do so in a variety of ways, Whisenand said.

Franchisees were encouraged to standardize some elements, like how far the rowing machines would be spaced apart, but were given some autonomy in how they dressed up the space, such as putting down green turf, plants and signage.

“They’re on wheels, and you can pick up the back end. It’s not like moving a treadmill,” he said.

The result has been not only a sense of continuity for members, but a way to extend the “awareness” stage of the customer journey, where some locations have almost become a “living billboard” for the brand, Whisenand said.

“I you look at the Boston location at Lovejoy Wharf, that studio is on the river and it’s like they were suddenly overlooking the water,” he said. “Instead of going without a workout or some lesser version of it, they traded up for one of the most incredible views ever.”

That visibility could prove particularly helpful to a brand like Row House, whose approach to fitness is a new modality for many consumers and requires some education, he added. Now prospective members have a better sense of what the experience will look like.

While the approaching winter weather will make outdoor rowing unfeasible in some markets, other Row House franchises might be able to start it for the first time. In places like Arizona and Texas, for example, it was too hot to launch outdoor classes until now. Row House will also continue to study and improve the experience it offers outside its studios in the meantime.

“I see us actually allowing more outdoor classes being a part of our system when appropriate,” he said. “The members are asking for it. Things could look a lot different for us next summer.”

The CX stakes in the Nike-Lululemon lawsuit