Nearly a third of customers across the U.S. and Europe believe that organizations which don’t provide a good customer experience are simply unwilling to do so, according to a study published this week from Mitel.

The Dallas-based communication technology provider’s report, Customer Experience Challenges In Pandemic Times, was based on a survey of more than 4,000 people in the States, the U.K., France and Germany.

It showed that while 29 per cent believe poor CX is a deliberate decision, a higher proportion, or 34 per cent, say it’s because firms don’t see experience as important as their products and services. Thirty-six per cent said companies just don’t recognize the value of CX.

Overall, the Mitel report suggested consumers have been pleasantly surprised by the CX offered amid COVID-19, with industries such as retailers scoring high and government trailing far behind. The No. 1 example of poor CX was also an age-old issue: being transferred and having to repeat a problem multiple times, which was cited by 48 per cent.

The research reinforced a number of other common perceptions, such as the 40 per cent who said their use of digital channels has soared, and nearly half said they would likely turn to chatbots more often. These should become a bigger priority for contact centres, along with more mobile support options, the report added. 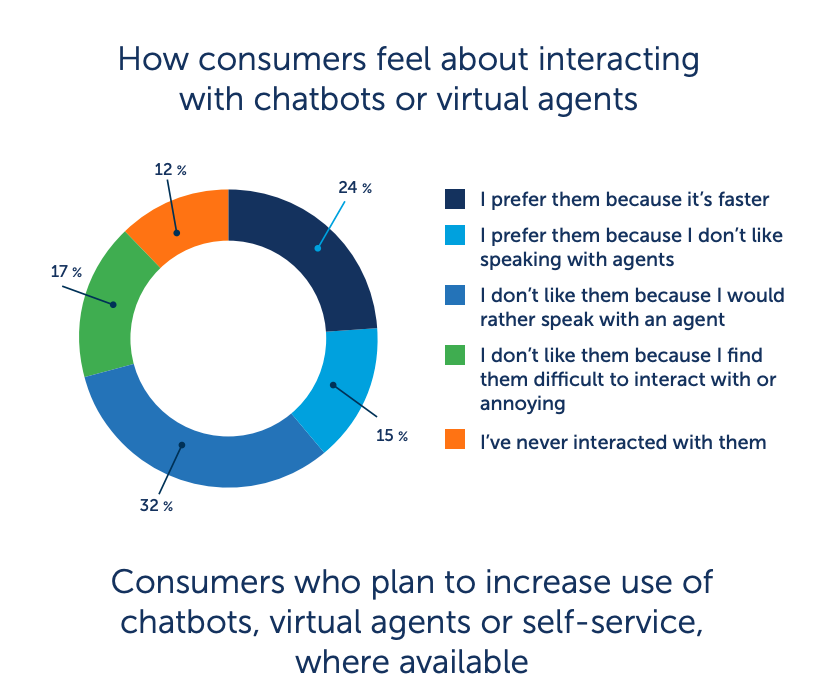 “For contact centers wondering why their CX gets low marks, the best advice is to listen to what customers actually want,” the report’s authors wrote. “Whatever contact center decision-makers may perceive the solution to be for improving CX, the reality is determined by what the customer thinks.”

Mitel noted a “usage gap” between the channels that consumers say they preferred and those to which they actually turned on a regular basis. While in-person outreach has been scuttled for obvious reasons, the authors suggested there was a greater appetite for channels beyond phone and e-mail than is typically assumed. 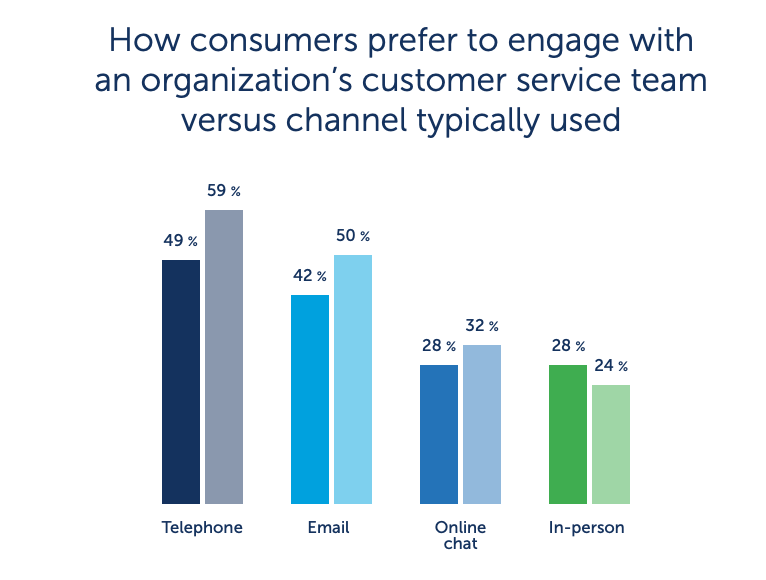 The research here is an obvious attempt to validate solutions such as those Mitel provides, including its MiCloud Connect offering that was developed in partnership with Google.  And of course, CX as discussed in the report is confirmed primarily to post-sale service and support, rather than earlier stages of the customer journey.

On the other hand, the pie chart shown above counters the “rah-rah” chatbot rhetoric by being honest about the percentage of people who don’t like virtual assistants and why. This data is worth exploring and mapping against specific customer personas as chatbots are introduced and encouraged by brands.

It would be interesting to explore gap between preferred channels and those used further. For example, are people using phone more than they prefer because they’re being kept on hold too long? And why was there no gap for channels such as text and video, which sat at 15 and 10 per cent, respectively?

Sometimes it’s also nice to see that the data doesn’t call for major changes. Looking regionally, for instance, not a lot of differences stood out, the report said.

“The broad consistencies here imply universal realities – at least among these Western countries,” the authors wrote. “Changes made in any of these countries to improve CX should translate to the others. Similarly, best practices found from this study, should largely hold up across each.”