Even as it was curtailed or cancelled outright in many cities due to COVID-19 concerns, there was little confusion around what constituted a traditional Halloween experience.

Kids walking from house to house, knocking on doors. Adults answering, oohing and aahing over costumes, and filling bags with candy. There might not be cash transactions between trick or treaters and those giving out loot, but the exchange of value is pretty clear.

Although there will likely be a lot of leftover candy put on sale this week, Mars Inc. believes its digital reimagining of the Halloween experience will live on well after the holiday — and it’s just one example of how the confectionary and pet food giant is modernizing its approach to the customer journey.

Speaking at the recent DX Summit that was hosted virtually late last month, Mars. Inc. vice-president of digital technologies Praveen Moturu talked about how a mobile app called Treat Town gave its traditional customers a digital alternative to having kids knock on doors.

The app allows adults to self-identity as Candy Givers, who create avatars and buy virtual Candy Credits. Kids using the app select a monster avatar in place of a costume and play virtual tricks to earn points. These, along with the candy they collect at the Candy Givers’ virtual doorsteps and bowls, can be redeemed for real candy. 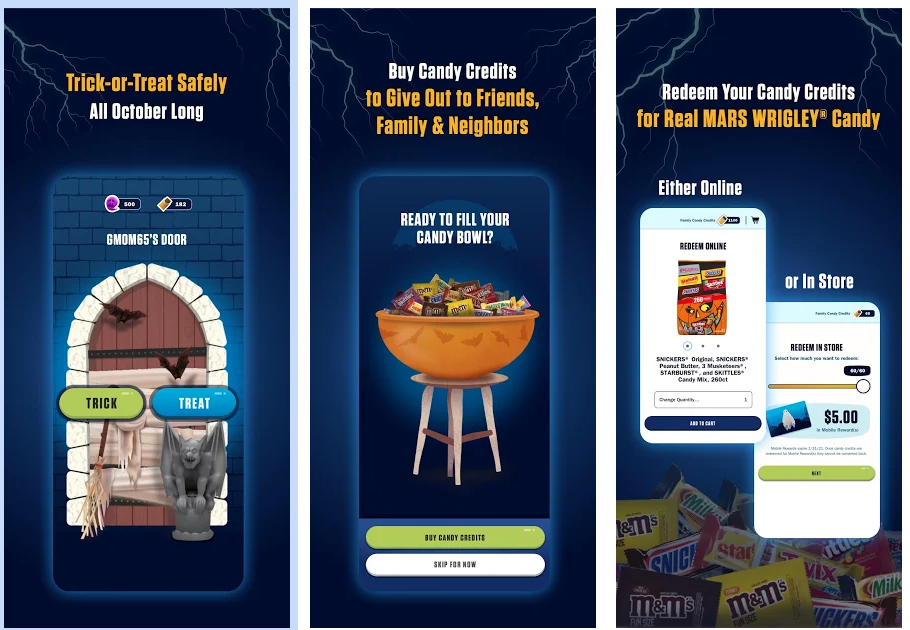 “This is no one day Halloween — it is boundaryless,” Moturu said. “You’re not constrained to a neighbourhood or to just your immediate family, but to friends and family across the globe.”

The idea for Treat Town began when the team at Mars tried to determine a way for its customers to continue to enjoy its candies and chocolate bars in a safe way. That led to discussions about the potential of digital products like Candy Credits, and the use gamification techniques to make the digital experience as fun as walking physically from home to home. Moturu said the project also involved posting information about the app to platforms like NextDoor and Facebook to get direct feedback from customers on what the response to something like Treat Town might be.

Mars tackles these kinds of CX challenges with design thinking and an approach Moturu described as phases that are either “transformation sprints” that require significant changes, or “continuous improvement sprints,” where the work is more iterative.

As might be expected, Mars has already made major investments in application programming interfaces (APIs), data analytics tools, cloud computing and cyber security. This means moving to digital experiences requires first looking at how it can build upon its foundations, Moturu said, then looking at next generation technology as necessary.

The framework Mars uses encompasses four stages: Find, Solve, Deliver, Automate. This “engine,” as Moturu called it, has worked in other areas of the conglomerate besides candy. 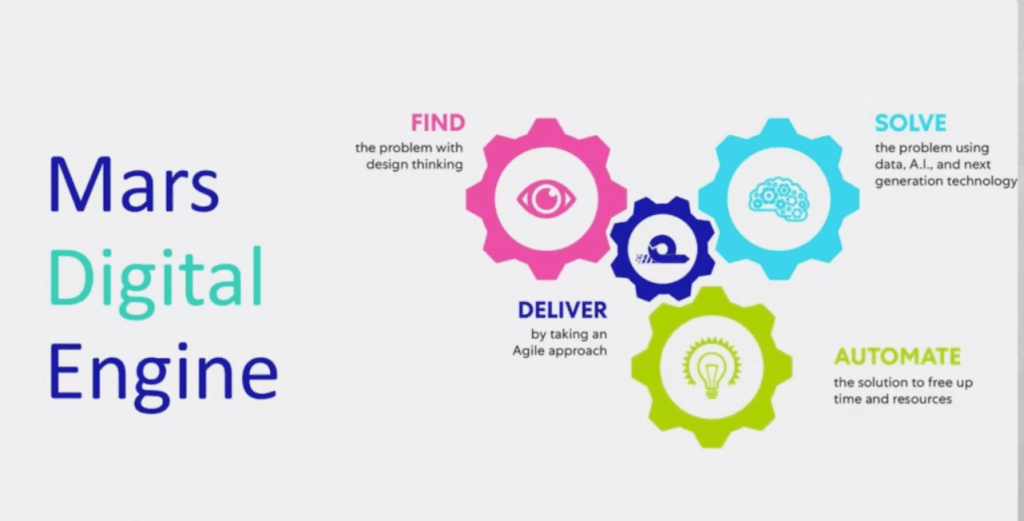 Working with the Waltham Petcare Science Institute, for instance, Mars has developed an online veterinary care chatbot tool, Pet Health Pal, that uses Facebook Messenger to let pet owners ask animal wellness questions without having to physically travel to a vet. Even before that, though, Moturu said Mars was able to make use of its existing investment in Microsoft teams to connect vets and pet owners.

Moturu showed a slide in which the customer — in this case a dog — was literally at the centre of the firm’s strategy, in which the experience took into account not only what Mars could offer internally but how it would connect to a wider ecosystem. This was illustrated as concentric rings that represented the wider industry, cross-industry organizations and finally society.

Mars also thinks about how the experience of a pet will change from the moment a dog  is a puppy to when she becomes a mother, ages and finally needs to be put down. 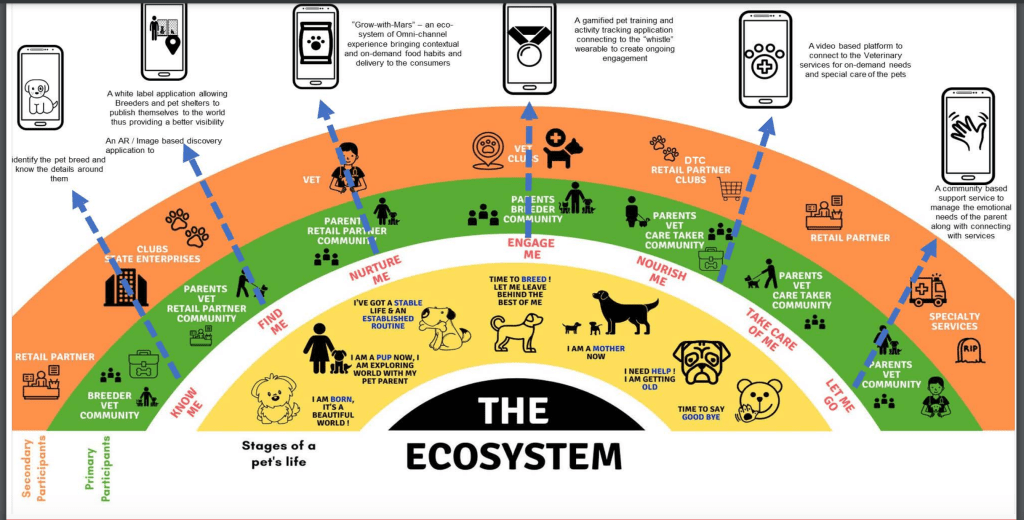 Choosing and adapting the right digital technologies becomes easier, Moturu suggested, by keeping in mind two different Mars Inc. mission statements, one of which is to make life better for pets, and another is to bring customers moments that make them smile.

Right now, Mars is very focused on the latter, particularly what Moturu called “dinner moments.” This includes creating QR codes on products such as Ben’s rice that can bring consumers directly to online recipes, or live video events to let friends and family collaborate on making a meal virtually. Though he admitted getting everyone in such a large organization on board isn’t always easy, Moturu made the overall process sound as simple as tearing open a candy bar.

“We frame the opportunity and the need. Then we work with the business areas and align priorities and objectives. From there, we can test and learn for three to six months,” he said. “Once we understand where it’s going, then we can scale it.”