After more than a decade of turning one of the cornerstones of conventional wisdom in customer experience design on its head, Matt Dixon its continuing to make his case against brands striving for “delight.”

Speaking at the Kustomer Now virtual summit this week, the chief product and research officer of Tethr reflected on a 2010 Harvard Business Review article he coauthored that studied the relationship between service interactions and loyalty.

The research showed that, essentially, going above and beyond in addressing customer issues is bad for business. Delight — which was often fuzzily defined — didn’t necessarily drive repeat purchases, increased share of wallet or a decline in negative word of mouth. Instead, it put a strain on brands’ financial resources.

“We received no end of hate mail and flack,” Dixon told the Kustomer Now audience. “It came as a big surprise to us that this strategy, when you test it with data, doesn’t really stand the test of economics and business rationale.”

Dixon’s thesis is worth revisiting at a time when the pandemic has put many companies in desperate pursuit of how to hold onto their existing customer base and stem financial losses. While exceptional service sounds good in theory, he said the problem is that delighting customers often involves spending more time on the phone in contact centres, give-backs, refunds and ignoring policies that were developed to keep firms profitable. 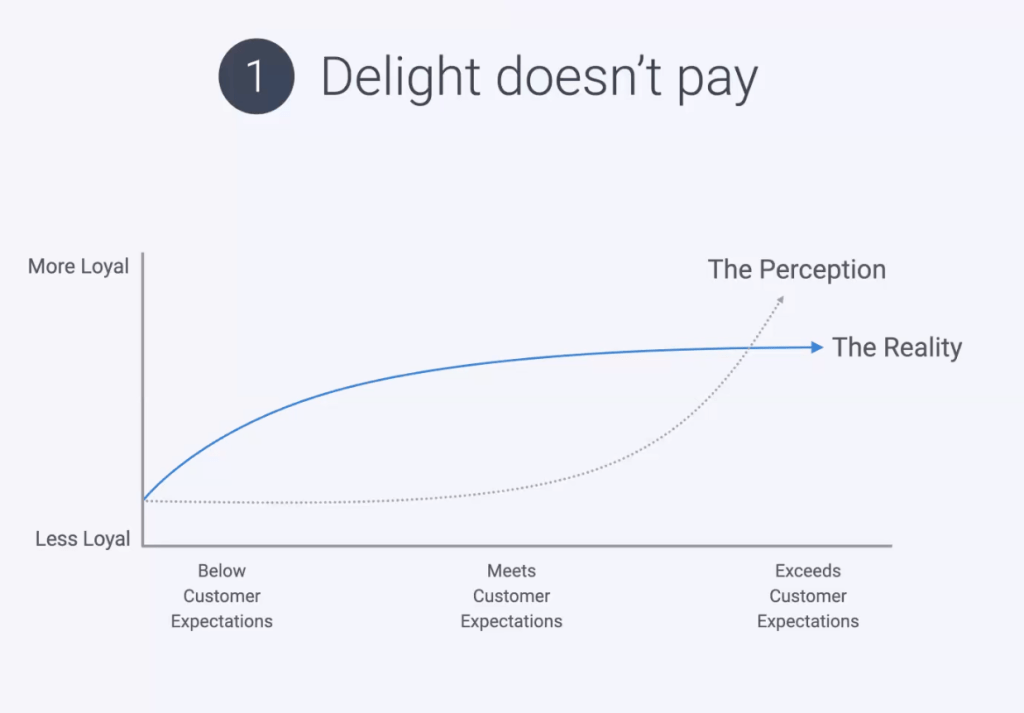 “We break those guidelines, we make exceptions in the hopes of delighting customers, but it costs us a lot of money — 10 to 20 per cent more — and they don’t pay us back with any marginal loyalty.”

Dixon’s work led to a book, 2013’s The Effortless Experience, and in turn the Customer Effort Score (CES), which showed that it is far more strategic to try and mitigate disloyalty.

On the other hand, Dixon said almost any service interaction is about four times more likely to drive disloyalty, probably because customers are already in a bad state of mind having to reach out for help.

While CES has become a well-regarded CX metric, Dixon said it has also become more difficult to use, in part because so many customers are demonstrating fatigue with filling out surveys after a service interaction.

Instead, Tether is now marketing an alternative approach, dubbed the Tethr Effort Index, which uses machine learning algorithms to create a predictive score based on more than 250 different variables. 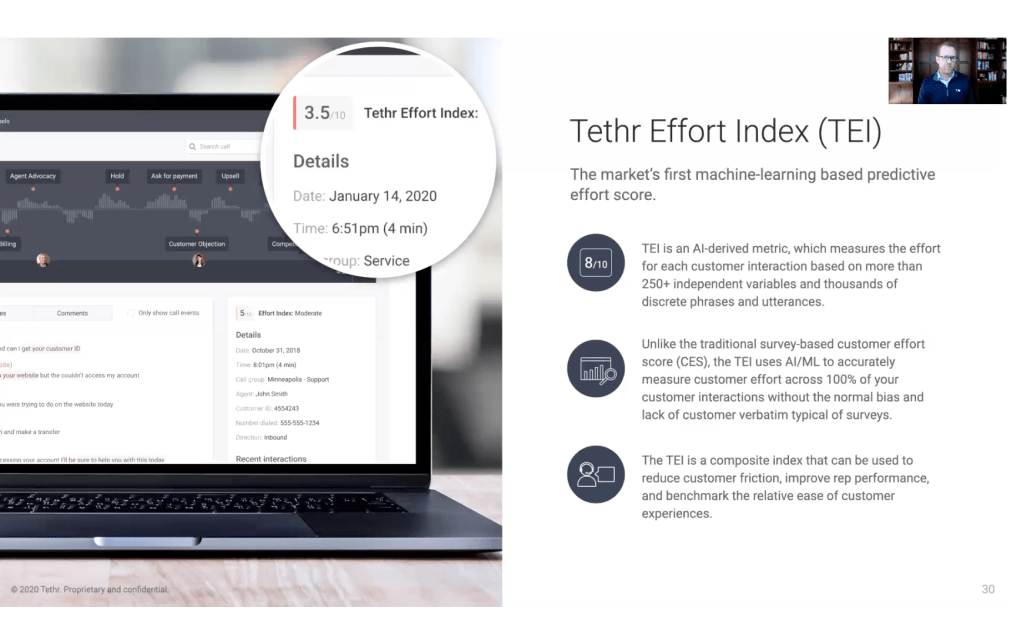 According to Dixon, the Tethr Effort Index can draw upon a decade of research and use real interactions via chat, phone or other channels to offer insight into what customers might have said about the ease of an experience if they had filled out a survey.

CX leaders can use the Index to either deal directly with service operations or connect with other parts of the business to look at processes that need to be improved.  As for what they do with those insights, much of the actionable advice in the Effortless Experience holds true, he said. A good example is using language rooted in human psychology to “engineer” experiences more effectively.

Instead of responding to a customer complaint or request like “I just can’t do that,” for instance, Dixon recommends using language rooted in advocacy that shows the customer the agent is on their side. A simple phrase like “Let’s see what we can figure out together,” can lower the perception of effort by 77 per cent in some cases, he said.

“What you find is they will, in fact, be delighted by that experience. It was delightfully painless, delightfully easy. It’s a different concept of delight than how we traditionally celebrate it.”