As wildfires began burning through a large swath of Washington and Oregon earlier this month, it became very clear to Paul Selby which companies were going to be in his corner if things continued to get worse.

“I started receiving messages from some firms saying, ‘We think you could be in a situation where you need some help — how can we help?’” the product marketing director for ServiceNow’s Customer Service Management portfolio recalled in a recent interview with 360 Magazine. “I’m paying attention to who’s sending me those e-mails. I have a choice of where I do business.”

Something similar happened when Selby was taking his daughter to Arizona State University, which at the time was considered a hot spot for COVID-19. The school began communicating early and often about its safety guidelines, how to get tests done and what would happen if they got sick.

“They were bringing all this data in, ingesting it and triangulating so that if something goes wrong, all the people who could be involved would know what to do and and how to communicate about it,” he said.

These are both examples of the approach Selby says all customer service teams need to take as they continue their shift to models where agents are working from home. It involves being more proactive, but also having the ability to scale support across multiple channels at once when a crisis looms.

This is harder than it may seem, Selby said. It’s not just that agents are remote and no longer in physical proximity to those in other departments.

“Think about the challenges that anyone who now has children at home has too — they’re educating and in some cases trying to keep them entertained as well. The end result is that people aren’t always available,” he said. “That’s pushing a lot of these organizations towards using more and more workflows to automate these processes.”

ServiceNow is trying to enhance the automation it offers in the Paris release of its Now platform that was announced last week. It included features around business continuity, hardware asset management and financial service operations. In some respects, however, Selby suggested the initial workflows required are simply a matter of developing a service catalogue based on areas of expertise and responsibility. 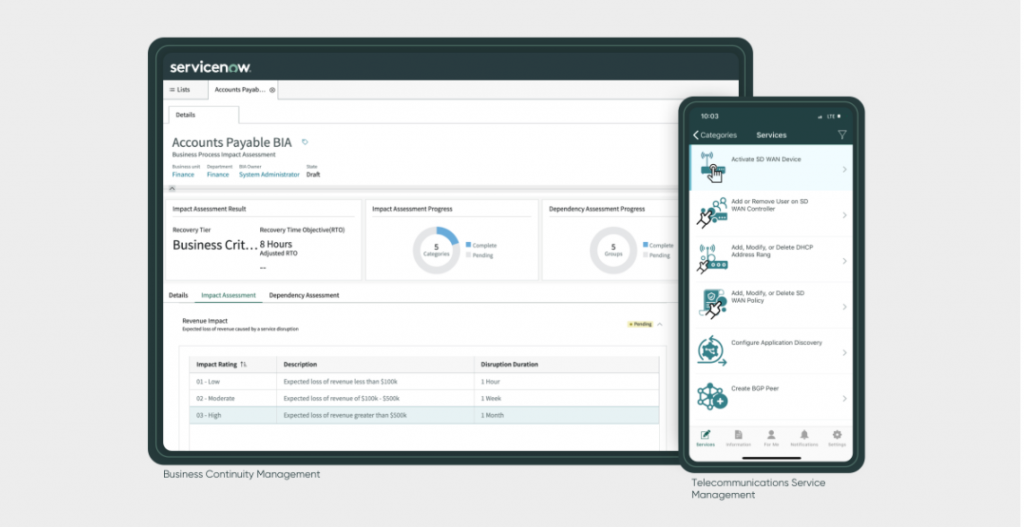 These opportunities to fine-tune workflows and the way companies approach their customer experiences are hardly new, Selby admits, but the cadence at which their approach to automation matures may be different in light of how many were forced to adjust during the first wave of COVID-19.

“What’s interesting is some of the challenges prior to the pandemic were one of, ‘Well, I don’t know where to begin’ or ‘We don’t have the time for this,’” he said. “When you can’t actually function, you now have the time.”