Consumers may be clogging up phone lines at major brands as never before, but handling service issues via Twitter effectively can help drive up CSAT scores by 20 per cent, according to researchers.

The team studied customer interactions on Twitter by focusing on the corporate accounts of four large telecom providers in the U.S., including Sprint, T-Mobile, AT&T and Verizon.

The study, titled The Voice of the Customer: Managing Customer Care on Twitter, found responding to customer queries on social media has profound overall impacts on customer sentiment as well as the appearance of service quality. Of the providers, however, AT&T and Verizon scored better than their competitors (Disclosure: I provide content marketing services to Verizon).

Though it may simply confirm common sense, the research noted that expectations around customer care via channels such as Twitter rise when brands do something negative, such as increase pricing for products and service or a data breach. Customers also expect better quality of care from firms that charge more money for similar cellular plans, the study noted. 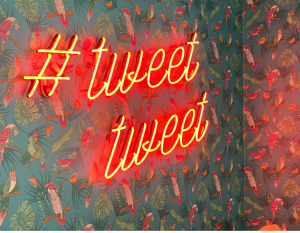 Maximizing the potential of Twitter in CX, however, will require a mix of technology and well-trained employees, the researchers added.

“Quality care may require designing some sort of ticket generation system that would detect the tweets that require follow up. Then put in place a good customer service team that would be able to resolve the issues,” the authors wrote. “Simply sending out automated tweets is not sufficient for achieving good quality care.”

The research won’t be much of a surprise to other telecom firms, many of which have already moved to prioritize Twitter among the other channels they use as part of their customer service strategy.

While it makes sense to focus on Twitter given its immediacy, telecoms and other brands have also formally adopted tools such as Facebook Messenger (I worked for one of them) as a conduit for urgent customer inquiries and complaints.

The latter may become increasingly popular because, unlike Twitter, it is more of a private communications platform compared with the relative openness of Twitter. Yes, you can respond to customers on Twitter via direct messages (DM), but based on my own feed, many start out almost as an exercise in public shaming as much as a plea for help.

The full study is locked and requires payment to read. I’ve requested access to the full document as a journalist, but I’d be interested in seeing whether there was any data on the relationship between CSAT scores and how quickly service issues were moved from Twitter to another channel (like a phone call with an agent). Effective customer service, much like effective CX in general, requires thinking about cross-channel experiences, and I suspect few service issues are fully resolved on Twitter.

It would also be interesting to see research on whether the use of Twitter not only affected CSAT but other common metrics like Net Promoter Score (NPS), which is obviously a huge one in the telecom space.

In the meantime, this data could be a good reminder for those who are moving some or all of their service team members from a traditional contact centre to a work-from-home (WFH) modality, where understanding the best routes to addressing customer issues will be a pain point for some time to come.

Review volumes are up 12%, but sentiment is dropping

Professional services firms have an average NPS of -42, because . . .