Despite the majority of companies spending more than a quarter of a million dollars in assessing the customer experience they provide, few can recall any significant improvements, and many aren’t following through on the data they’re seeing.

Enterprise software specialist IFS said it surveyed more than 1,700 executives and more than 12,000 consumers to produce its report, Fixing the fundamentals: Understanding new business models and opportunities in the wake of Covid-19. The study was released late last week.

Although 79 per cent of organizations suggested they have the tools and processes in place to identify points of friction within CX, for example, almost a third, or 29 per cent said they fail to act on what is reported.

“These shocking findings reveal a fundamentally flawed approach to business. In neglecting to address the problems they have gone to great lengths to identify, companies risk issues escalating, costing time and money and hindering service delivery,” the IFS report’s authors wrote. “Crucially, with operations riddled with moments of error, the likelihood of damaging the customer experience at the all-important moment of service is exceptionally high.”

You only have to look at the section in the IFS report headlined ‘Enterprise Software Will Separate Winners From Losers’ to recognize the vendor’s main takeaway from this research. As a provider of cloud computing services, IFS is trying to help organizations who have been hamstrung by the technical debt they’ve accrued through the deployment of ERP and other applications to become more dynamic and flexible in how they set up and manage the business processes that affect customers.

The consumer feedback captured in the survey, meanwhile, could almost be a carbon copy of those found in similar studies. A quarter of consumer respondents stated they would never engage with a brand again after just one bad experience, and 58 per cent said they would be quick to share what happened with friends and family. On the plus side, though, 52 per cent said they leave positive reviews when an experience goes well.

Beyond upgrading their technologies, companies might do well to think about the disconnect between measuring and acting the IFS report revealed. The 18 per cent who said they were too busy to deal with CX issues, for instance, also said they would act if the issue was urgent. It be interesting to know how “urgent” is being defined within an organization, and whether everyone uses that definition. 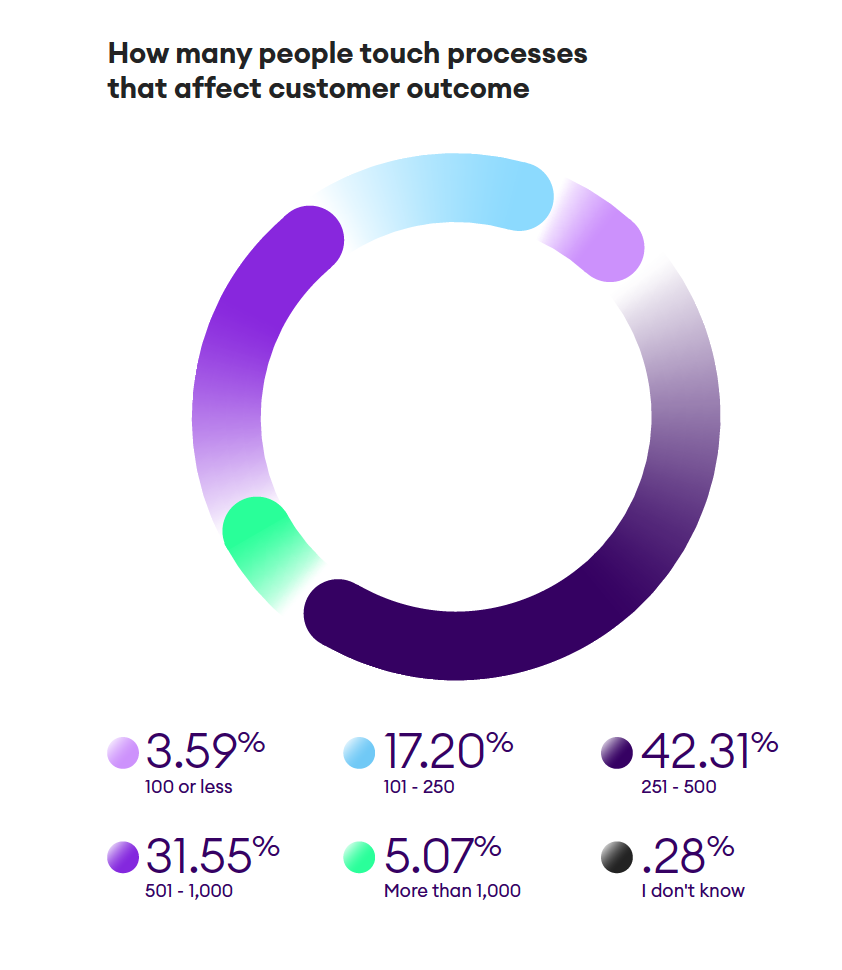 Similarly, there was no mention in the IFS data around how many of the firms surveyed had a dedicated chief customer office role or CX team. More than 42 per cent, for example, said there are 251 and 500 people who “touch” the customer in some way. Who is ultimately responsible for thinking holistically about the customer journey and where it could be improved.

The IFS report, which is gated, is also interesting in the dollars it puts to metrics. It said 45 per cent of organizations surveyed spend between $250,001 – $500,000 each year on tracking Net Promoter Scores (NPS), reviews, satisfaction ratings and surveys, while 21 percent spend $500,001 – $1 million.

25% of customers say companies have blamed COVID for poor experiences