If people outside of the CX community have a tough time understanding what a chief customer officer does all day, they might want to consider how Emma Powell sums up her role: to improve the lives of people she will never meet.

At Accident Compensation Corp., Powell and her team are part of an organization that provides 100 per cent no-fault coverage to New Zealanders who experience everything from on-the-job injuries to mental trauma from sexual abuse. It’s a vital government program that receives more than two million claims every year.

According to Powell, who shared her journey as part of CX Network’s APAC summit earlier this month, her job is complex in part because of the varied nature of ACC’s customers.

Besides those who experience injuries, the ACC also works with businesses which pay a levy as part of the program, and of course there are health-care providers who provide medical and social services.

Powell also said the ACC sees its mission as not only hoping people recover from injury, but to prevent injuries from happening.

Delivering on those objectives has spawned both a digital as well as a CX transformation at ACC, with the latter formally beginning in 2014. While there is still much to do, Powell noted that the ACC has already seen a significant improvement in how it is perceived by the public. Back in 2012, for example, only 49 per cent of New Zealanders said they trusted the ACC. Today, it’s 67 per cent.

“We were a really tough organization to deal with,” she said. “We were seen as overly bureaucratic and a nameless, faceless building. People didn’t know how to access our services and whether they should trust or engage with us. Our systems and processes had been built for us, not our customers, and they had been patched over many, many years.”

The work began with a focus on the people and culture within ACC, including what Powell described as a revitalization of its vision, values and what it means to be customer-centric. This has led to a common language where ACC sees its work centering around the terms “Understand,” “Care” and “Can.” 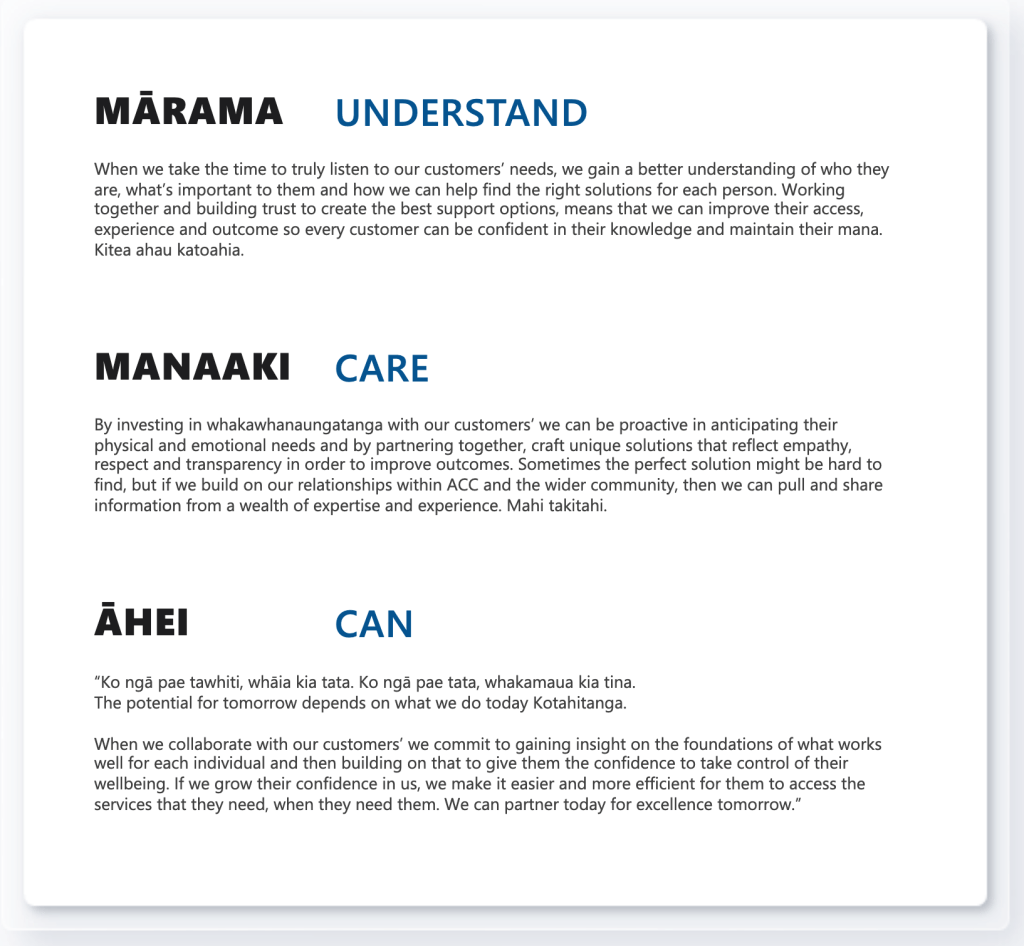 Since then, Powell said there have been overhauls for a number of the organization’s  platforms and processes, including the introduction of a new case management system.

Among the key tools is ACC’s customer insights system, Heartbeat. Powell described it as a closed loop feedback tool that sends her a feed of issues raised by customers at 4 a.m. each day. It also goes to the organization’s CEO and other senior leaders.

Heartbeat helps surface urgent priorities, but it also offers a mechanism for employee recognition. When customers give positive feedback about a team member, for example, Powell’s department sends them a card that features the feedback verbatim, along with a personal note from her or another senior leader. 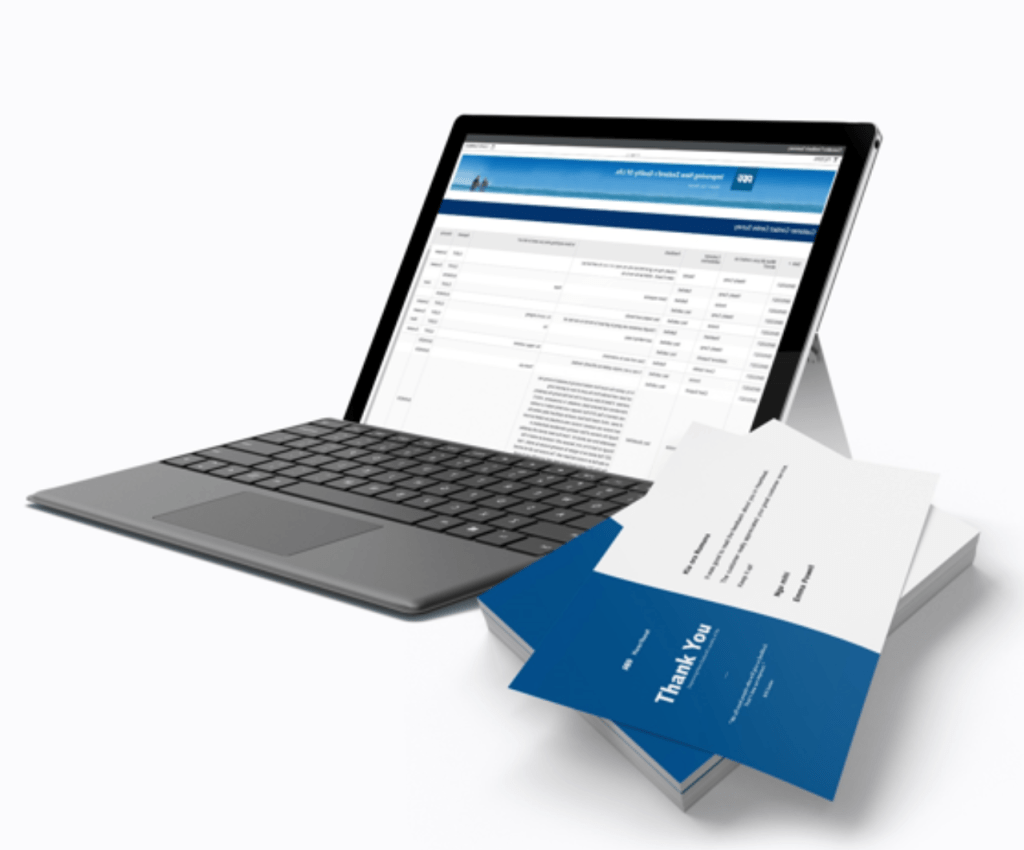 “I get so many e-mails on the back of those,” she said. “People feel so stoked. We’ve made their week.”

While the ACC surveys customers to look for ways to improve, it also surveys those who have been declined coverage. This is important because, if customers don’t underhand the reason behind the decision, complaints or a review are almost inevitable.

Powell said her team has also worked with the rest of the organization to develop a set of service imperatives — actives and issues that matter to customers but which also weave in the voice of the employee.

Service imperatives could include the ecosystem of stakeholders who need to be engaged when an injured employee returns to work, for example, or all the steps that have to be part of the process when someone is injured and receives treatment.

“We have about 150 (service imperatives) now, which is a blessing and a curse,” she joked, “but they tell us where we should be pointing our tools and what we should be focusing on.”

The ACC’s longer-term CX plan will expand to look more closely at its relationship with health-care providers, while continuing to fine-tune its analytics tools to predict where injuries might happen next. 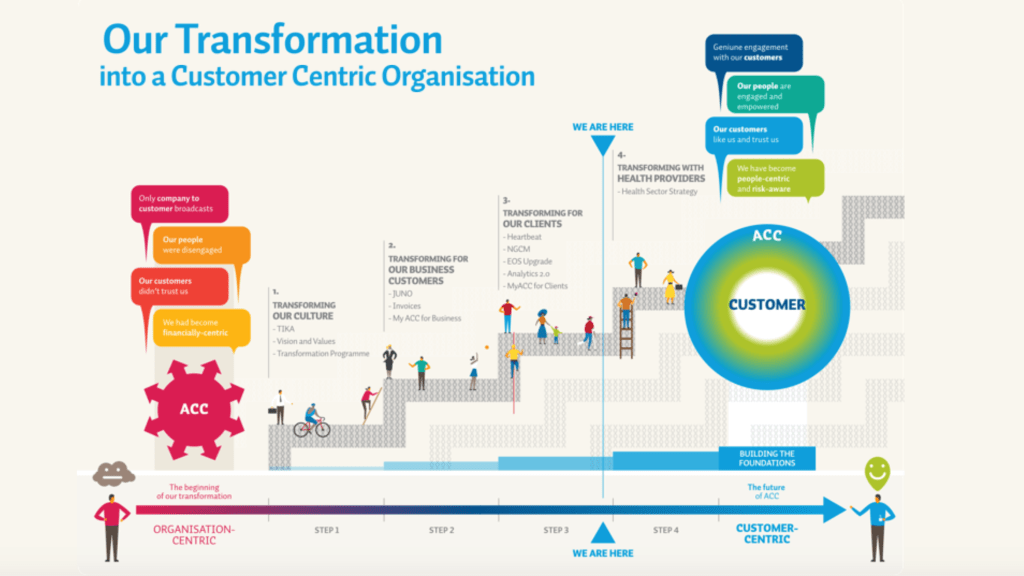 Powell has also had a CX maturity assessment from Forrester, which recommended building greater rigour around detailing the kind of experience it wants to offer customers, and periodically stepping back to make sure its strategy is working.

For Powell, the key customer outcome is a question like:  Will anyone be better off as a result of the experience they’ve had with the ACC, whether it’s getting back to work or having the health restored?

“We need to get away from this notion that we’re chasing a metric every quarter,” she said. “It’s the totality of our relationship with the customer over time that matters.”

A full replay of Powell’s talk, which is well worth watching in its entirety, is available on demand via CX Network.

Can digital transformation be truly finished when CX work has barely begun?