Forrester may be best known for its market research and consulting services in areas like customer experience, but the contactless version of its FeedbackNow product launched last week could help businesses with real-time data collection as they reopen or adapt to COVID-19 safety protocols.

More than 500 organizations, including Shell gas stations, have already been using FeedbackNow to customers to rate their experience by pressing one of three buttons on a small piece of hardware. These are usually rendered as emoji-like faces with colour like green to indicate a positive experience and red to indicate a negative one, for example.

With what it now describes as a “Touchless Smiley Box,” Forrester says FeedBack Now will allow customers to simply hold their finger over a button for 1.5 seconds, at which point a light will flash to indicate their feedback has been collected. 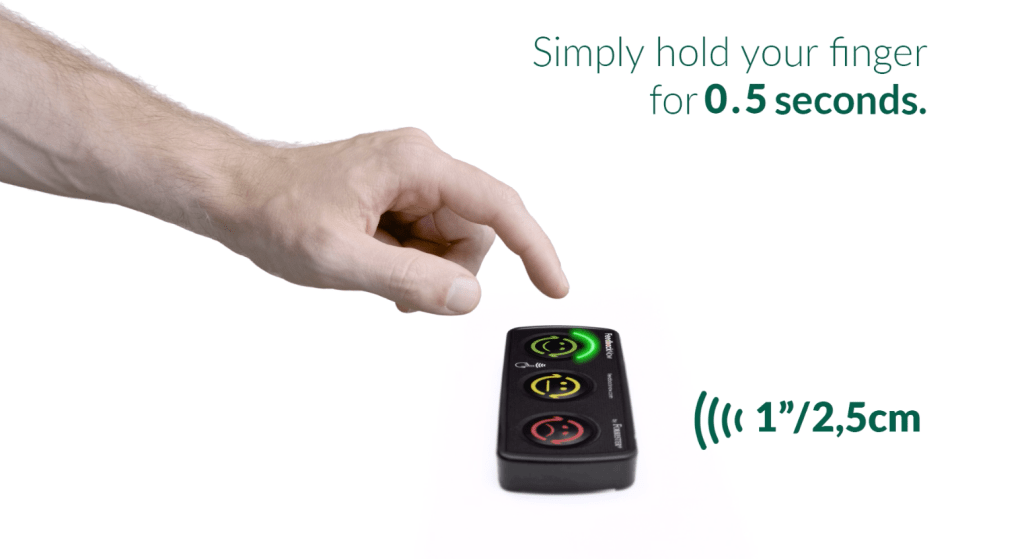 The contactless version of FeedbackNow was the result of about six months’ worth of effort and follows the introduction of anti-microbial coatings and the use of QR codes, according to Steven Peltzman, Forrester’s chief business technology officer.

While Forrester acquired FeedbackNow about two years ago when the devices were a staple of busy places like airports, the company sees plenty of ongoing opportunity, Peltzman said. FeedbackNow might become critical in areas like concert halls or sports arenas, for example, where capacity will be limited at first and organizations want to assess how the changes they’re making are affecting customer relationships.

“We believe our customers will need more of our services than ever before,” Peltzman told 360 Magazine. “Companies are introducing new boarding procedures in areas like travel, or new curbside pickup in retail. They’re scrambling to put those experiences in place and also scrambling to figure out how to optimize them.”

The FeedbackNow hardware’s design features include strong battery life and a small form factor that can work anywhere. In many cases, the boxes are wrapped with a physical sign posing a question such as ‘How would you rate your experience today?’

Beyond the Touchless Smiley Box, Peltzman said Forrester will also also FeedbackNow users to customize the buttons to something other than faces. In a bank branch, for instance, a FeedbackNow unit could use an icon indicating a space was too crowded, or a clock icon to indicate it took too long to wait in line.

“We’re starting to give solutions that work for all of these edge cases,” he said, adding that the technology is also available as a mobile app.

Theoretically, the data collected by FeedbackNow devices could allow organizations to immediately address concerns. Peltzman, however, described usage as a sort of bell curve, where some organizations check the data sporadically, others move quickly and the majority are still learning to make the most of the technology.

“The really advanced firms are utilizing them so that they’re not just checking (the feedback that’s been collected) every day but rigging up their operations to react in real time,” he saidd. “Thy will set it so that certain people get a notification when there are X amount of reds in a 15-minute period, for example, so they can react and make adjustments to their business in real time.”

Although FeedbackNow users aren’t necessarily correlating the data with other metrics like Net Promoter Score of CSAT, Peltzman said it can help inform CX tools such as customer surveys.

Peltzman noted that FeedbackNow reflects an evolution in Forrester’s journey from acting as a market research firm that showed clients what’s going on in their organization or industry into a consultant that helps identify what they should do to improve. It also reflects a shift in the internal stakeholders Forrester serves. FeedbackNow users include formal CX teams, but also marketing and operations departments.

“Forrester traditionally sold into CIOs and CMOs and their subordinates. This is a different set for us,” he said.

Strategy, Technology, Voice Of The Customer

How TOMS ensured its new impact strategy was the right fit